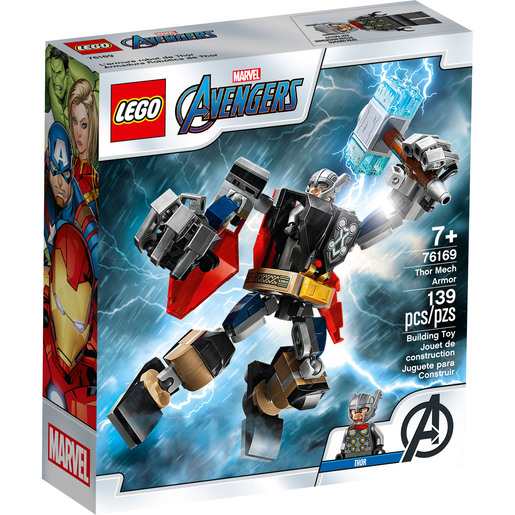 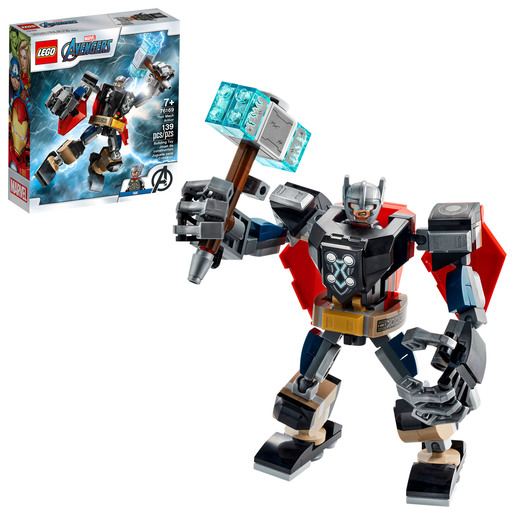 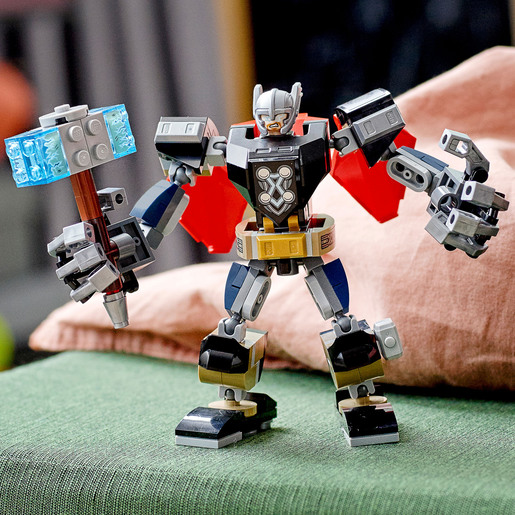 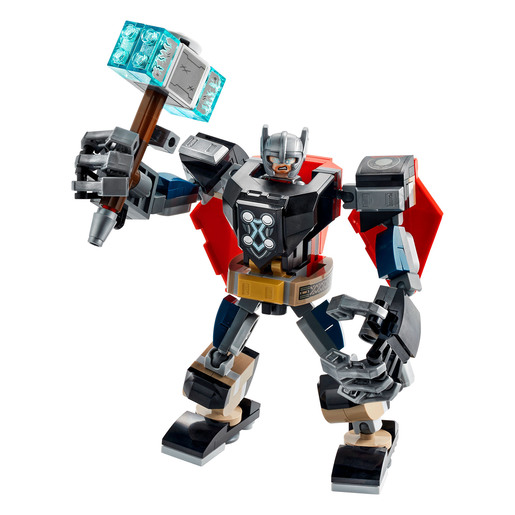 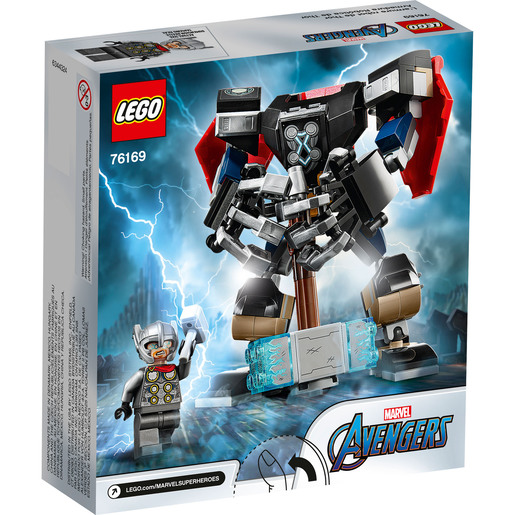 Although Thor is fierce enough alone, sometimes he must scale up to take on bigger baddies. That’s where his Mech armour comes in!

Place the minifigure inside the cockpit of the Mech armour. The Mech armour has movable legs and hands – which Thor can use to strike with his giant hammer.

In his armour, Thor stands at 12cm tall.

For ages 7 years and over.