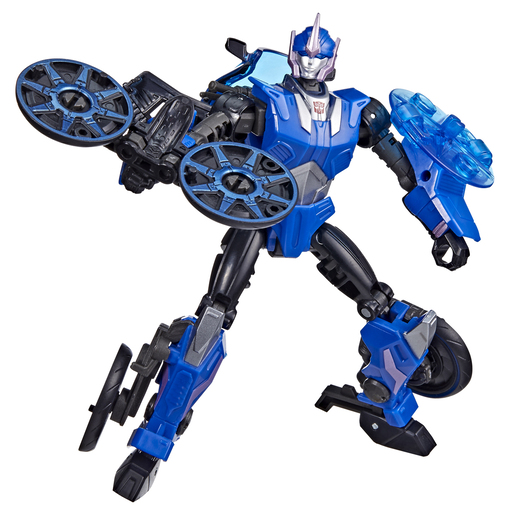 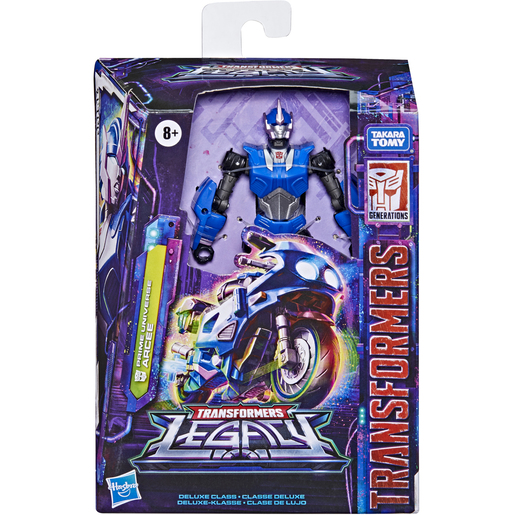 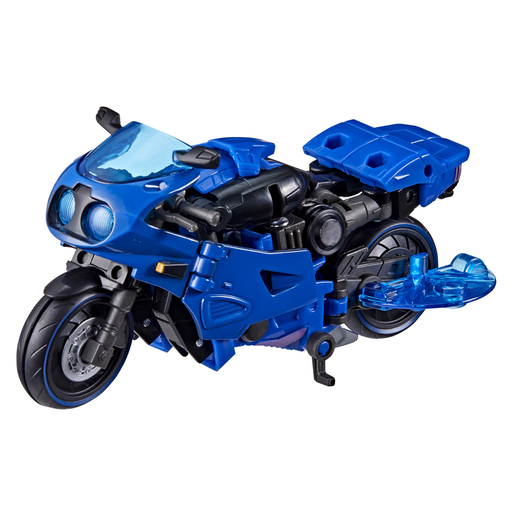 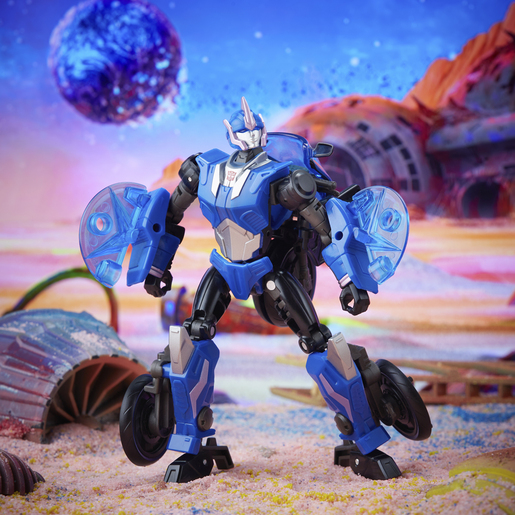 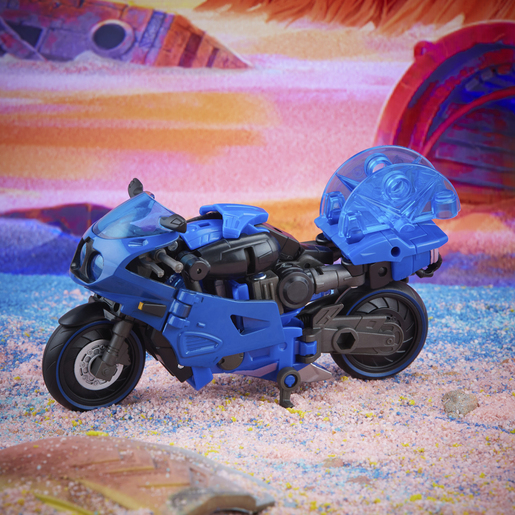 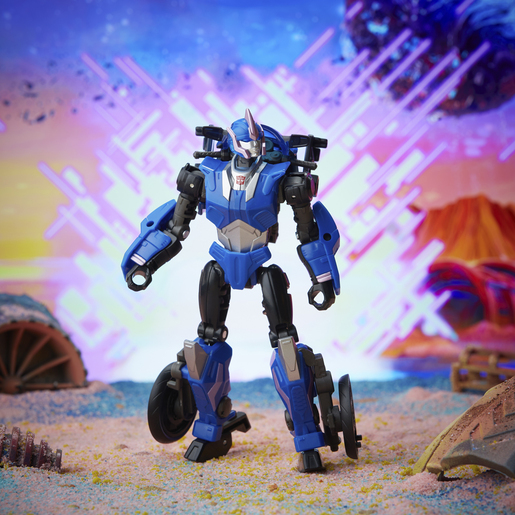 Arcee is tough-as-nails, fiercely loyal, and always armed with a witty one-liner. Universes continue to collide! Transformers: Legacy brings together fan-favorite characters from across the Transformers multiverse. Figures feature deco inspired by their universe with an updated Generations design.

In honor of the almost 40-year legacy of Transformers entertainment, the fandoms come together from across the Transformers multiverse, all in one toy line.