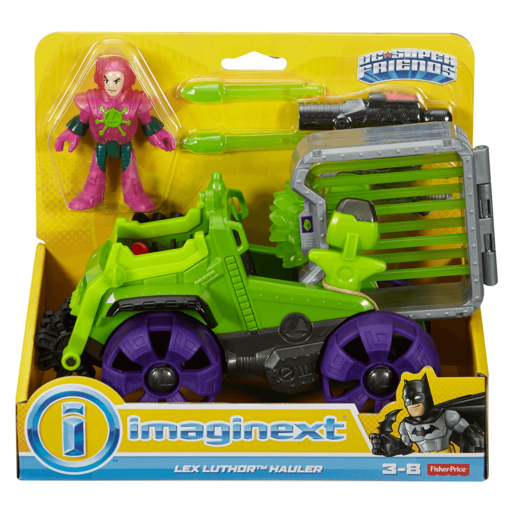 Save Superman from the clutches of Lex Luthor's Hauler in this DC Super Friends Set.

The evil Lex Luthor knows the one weakness of Superman. So he built the Lex Hauler with a Kryptonite blaster to sap Superman's strength and a Kryptonite cage to trap the Man of Steel!

Once he's captured, kids can lock the cage in the toy truck to transport him to Lex Luthor's hideout – and then turn the Power Pad to eject the cage when he's arrived. (Superman figure sold separately.) Is this truly the end of the Man of Steel?

A great Imaginext set for ages three and up.