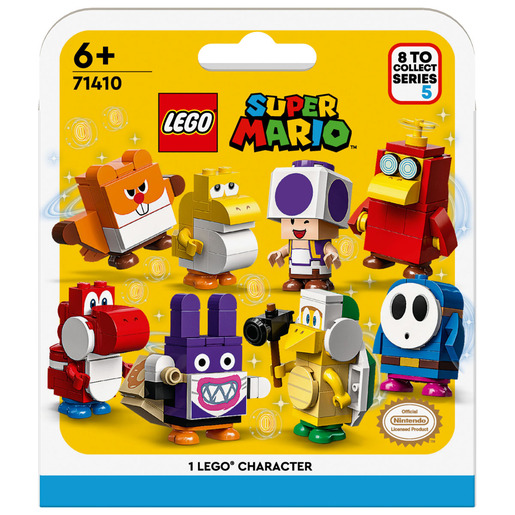 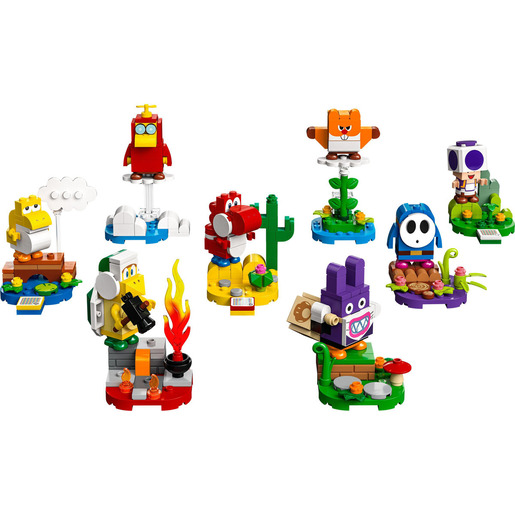 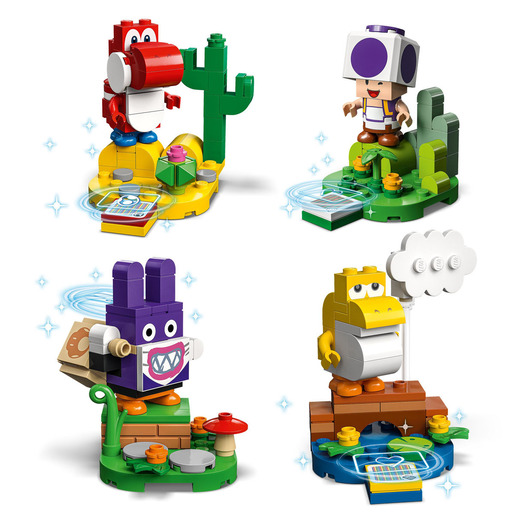 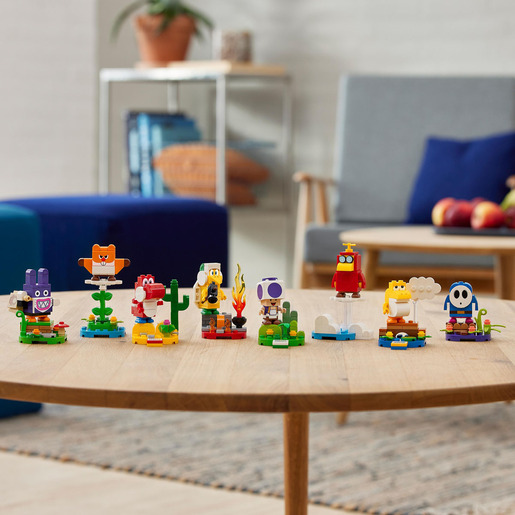 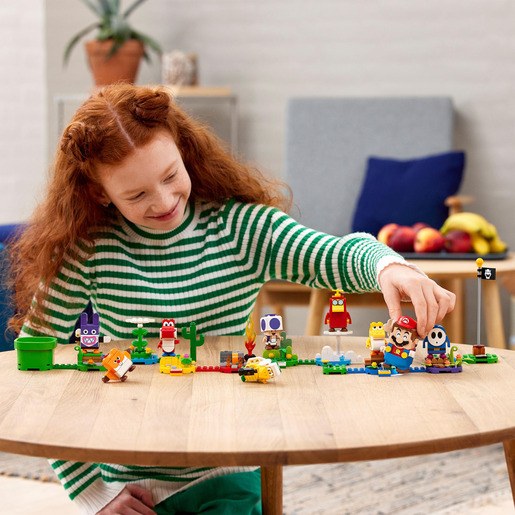 Each pack contains a mystery buildable character with an Action Tag, plus a small build to use as a display stand or to enhance level play. There are 8 LEGO Super Mario figures to collect: Nabbit, plus a Purple Toad, Hammer Bro, Waddlewing, Toady, Baby Yoshi, Red Yoshi and Blue Shy Guy. Each is designed to be used with a Starter Course set (71360, 71387 or 71403), which is required for interactive play.

A fun anytime gift or reward for kids aged 6 and over, each pack includes a building guide. Also, find instructions on the LEGO Super Mario app, plus digital viewing tools to add another dimension to the building experience. LEGO Super Mario toy playsets bring Super Mario characters into the real world.