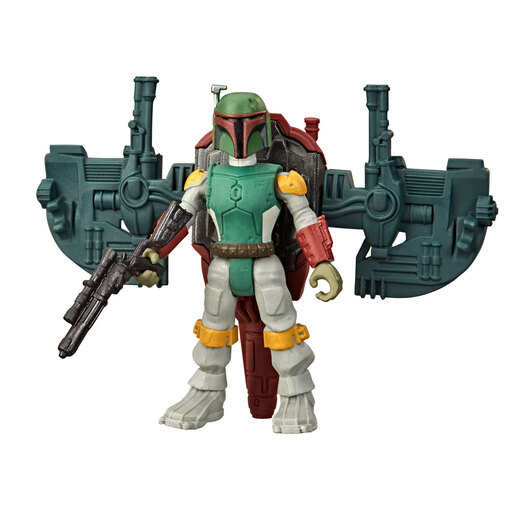 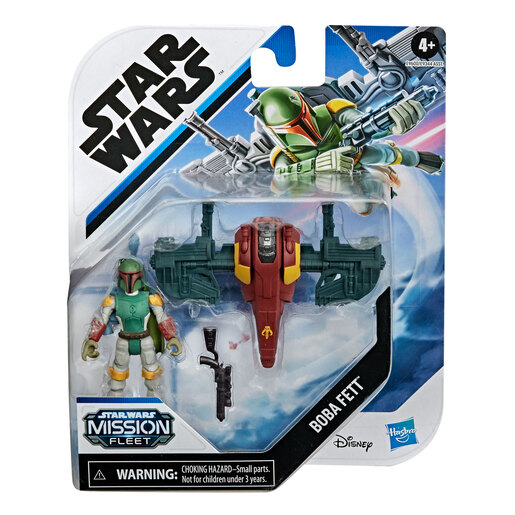 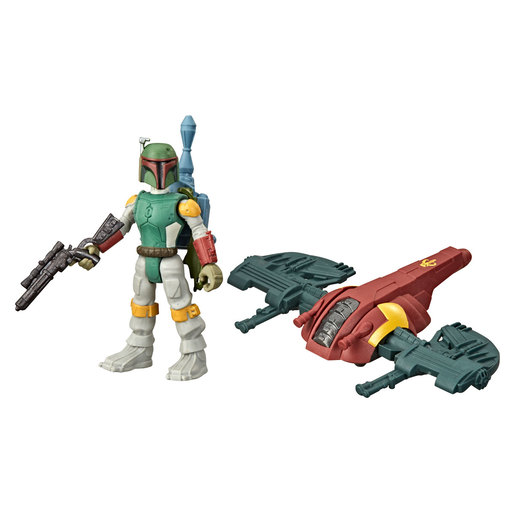 After the Battle of Hoth, Boba Fett was the only bounty hunter successful in locating the Millennium Falcon, tracking the ship and its crew to Cloud City.

After Han Solo was frozen in carbonite, the bounty hunter was allowed to take the former smuggler away to Jabba the Hutt, collecting a substantial reward. Blast off into a galaxy of adventure with the Star Wars Mission Fleet figures and vehicles!

These fun figures and vehicles allow kids to imagine action-packed battles between the dark side and the light side of the Force. The Star Wars Mission Fleet Boba Fett Capture in the Clouds set includes a Boba Fett action figure, a jetpack that attaches to Boba Fett, and a blaster accessory. Star Wars Mission Fleet toys are kid-friendly and make a great introduction to the Galaxy of Star Wars!