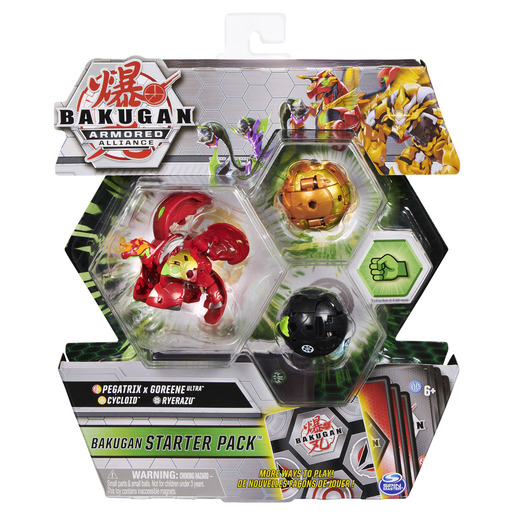 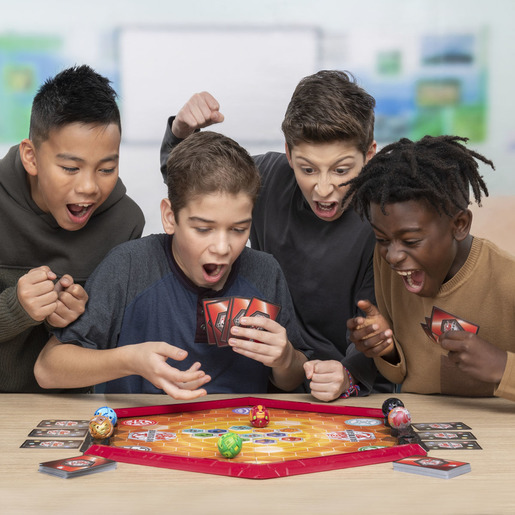 Get ready to battle it out in the best way with this epic Bakugan Starter Pack. It includes the awesome Fused Pegatrix x Goreen character, who has the coolest abilities ever, as well as 2 other figures. Inside the pack, you'll also find 6 BakuCores, 6 Trading Cards and 1 collectable card.

Start the action by laying out your BakuCores, then roll your chosen character over then. Watch as it pops open, picks up BakuCore and prepares to brawl!

For ages 6 and over.