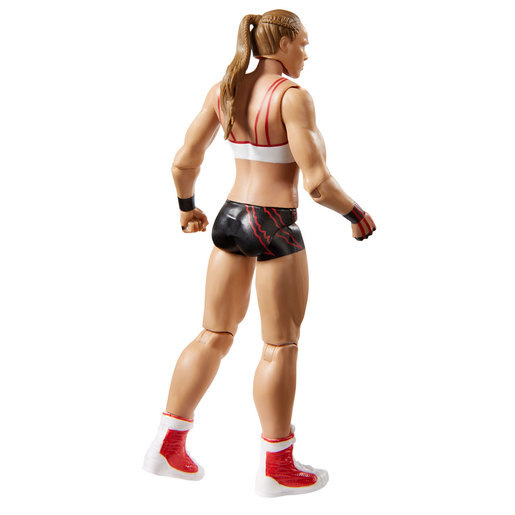 Prepare to take down your opponent with the Ronda Rousey WWE Basic Action Figure.

Ronda &'Rowdy' Rousey is ready to take on any opponent. With her slammin' signature moves and fierce persona, it's easy to see why she's a fan favourite wrestler.

This awesome action figure lets you create all the action from your playroom. Pit Ronda against your other WWE figures to show off your skills and battle it out to win the championship belt! To help you play, Ronda has articulated limbs and a realistic ring costume.

For ages 6 and over.