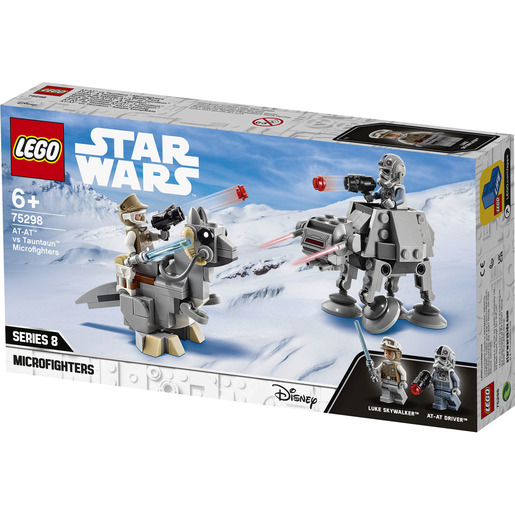 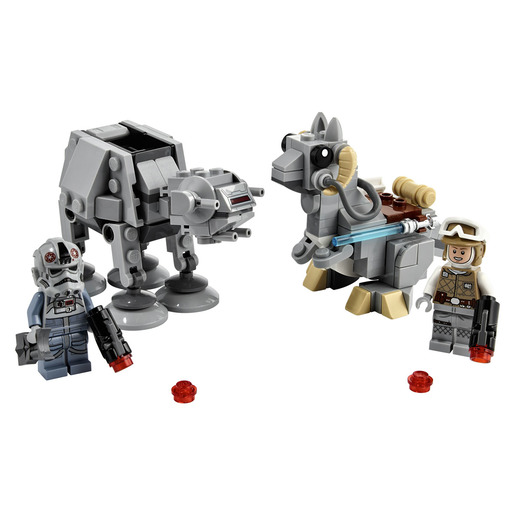 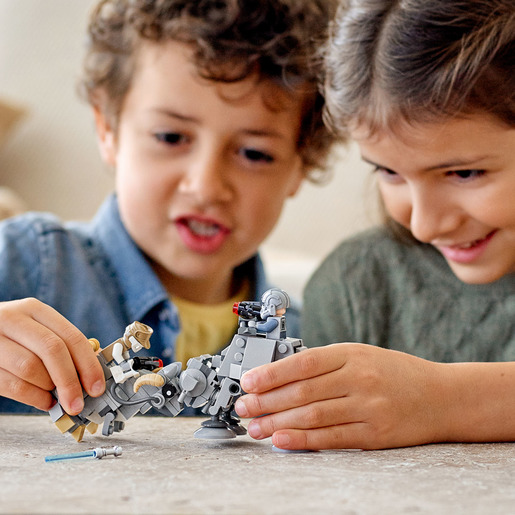 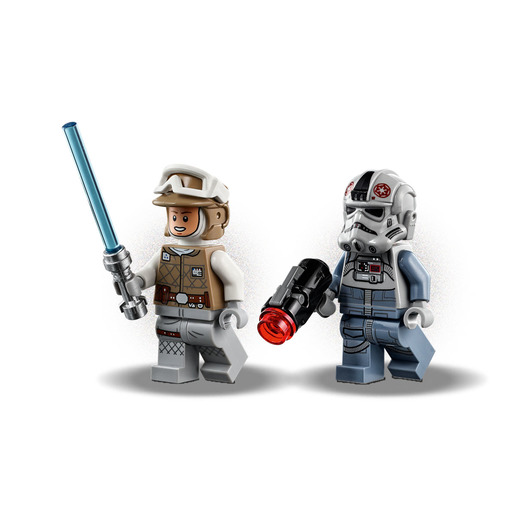 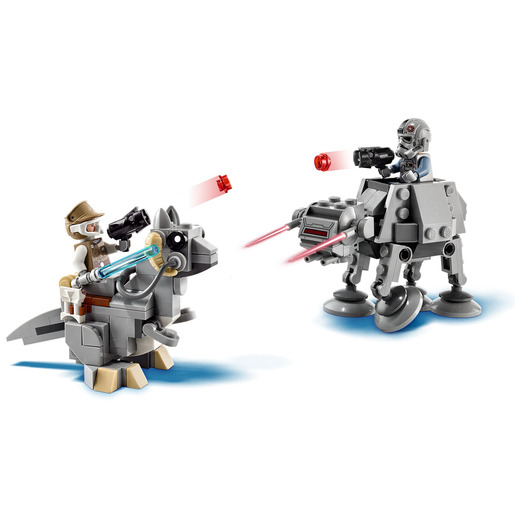 Get set for action on the icy planet of Hoth with these awesome AT-AT and Tauntaun Microfighters. Jump in the saddle of the Tauntaun with Luke Skywalker and look for the enemy with his electrobinoculars. Attack with Luke’s lightsaber and stud shooter – but watch out for the AT-AT Driver’s stud shooter. Will the Galactic Empire or the Rebel Alliance win the battle? It’s up to you!

Inspire young children to reimagine the Battle of Hoth from Star Wars: The Empire Strikes Back and play out their own stories with this AT-AT vs. Tauntaun Microfighters (75298) building set. It features a quick-to-build, posable AT-AT Walker and Tauntaun construction models for the 2 LEGO® minifigures to sit on. Roleplay funThe Luke Skywalker and AT-AT Driver LEGO minifigures each have a stud shooter and an electrobinoculars element, and Luke also has a lightsaber for battle play. This fun, creative set comes with clear instructions so even LEGO beginners can build with Jedi-like confidence, and it combines perfectly with the Millennium Falcon Microfighter (75295).Welcome to the LEGO Star Wars™ universeFor over two decades, the LEGO Group has been creating amazing, brick-built versions of iconic Star Wars starships, vehicles, locations and characters. This building toy makes an awesome birthday, holiday or surprise gift for young kids to introduce them to this action-packed galaxy of fun.