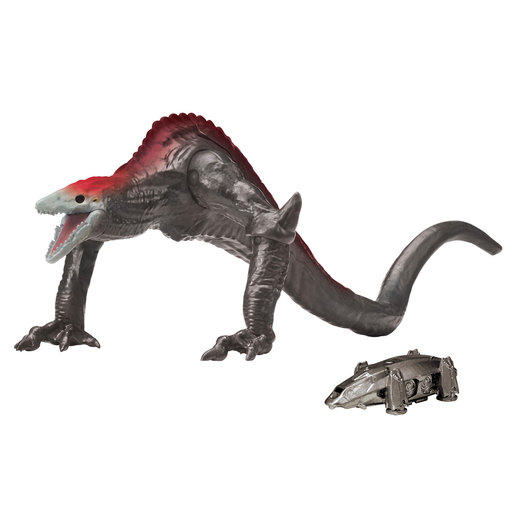 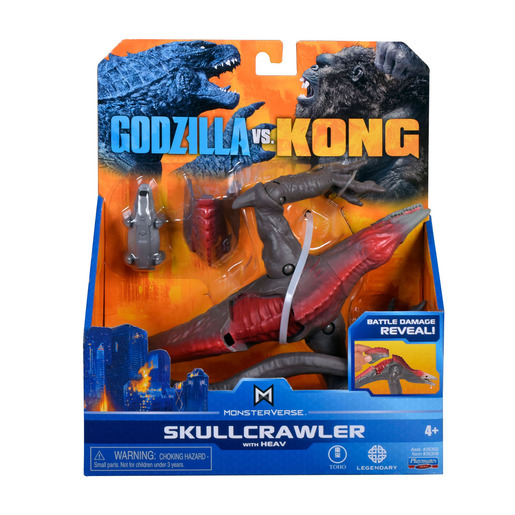 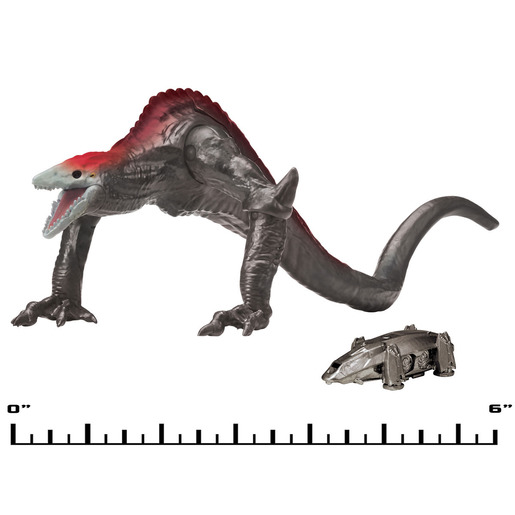 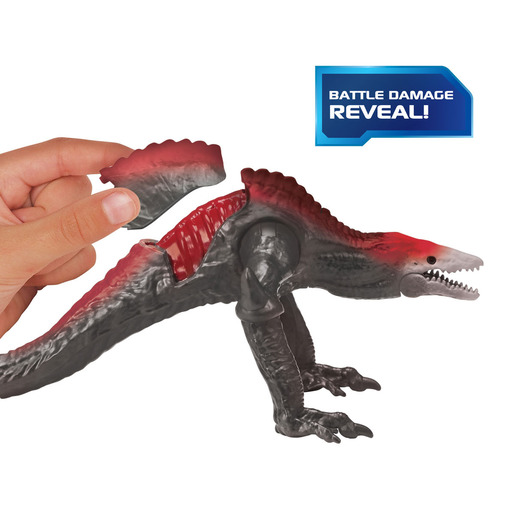 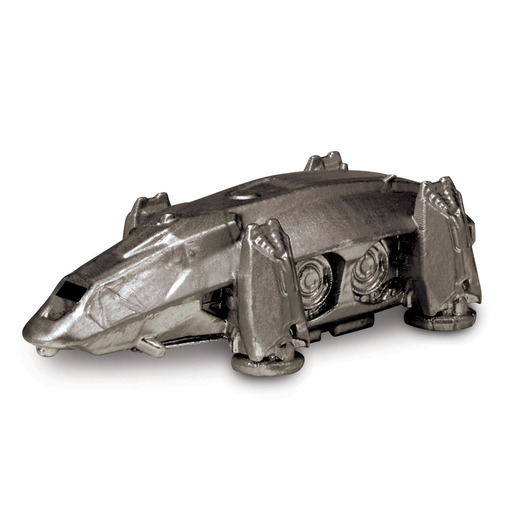 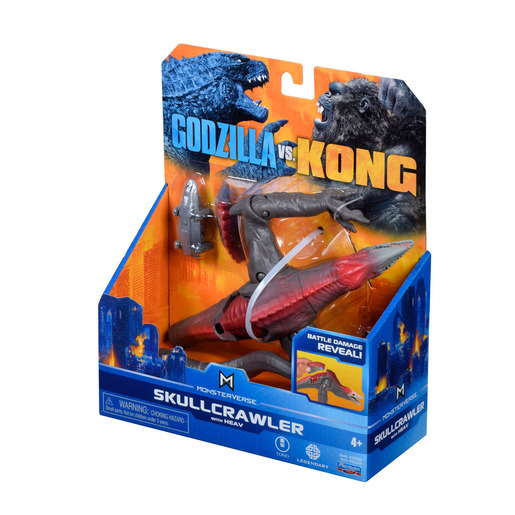 Legends collide as Godzilla and Kong, the two most powerful forces of nature, clash in a spectacular battle for the ages! The monster war rages on the surface and deep within our world as the spectacular secret realm of the titans known as the Hollow Earth is revealed!

The most dangerous superspecies on Skull Island, the ferocious Skullcrawler attacks with razor sharp claws and a whiplash tail to dominate opponents in battle!

Re-enact your favourite scene from the Godzilla Vs Kong movie! This 15cm long articulated Skull Crawler action figure features battle scars and wields a HEAV: Hollow Earth Anti-Gravity Vehicle, to use in battle as a projectile weapon!