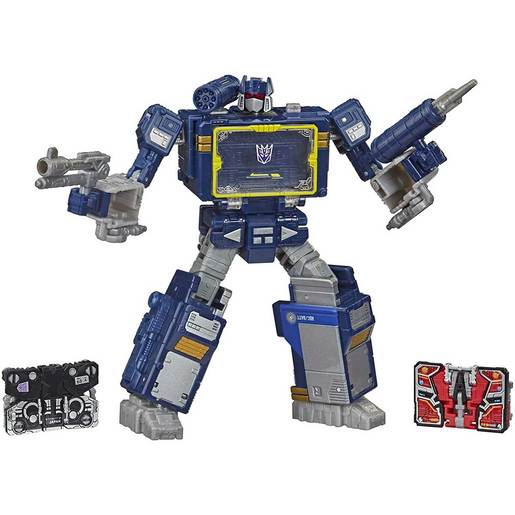 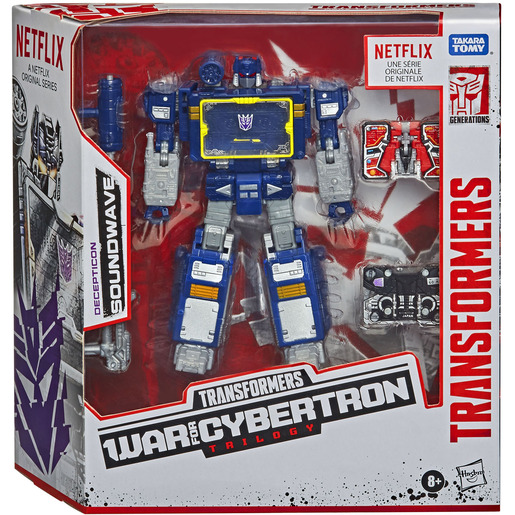 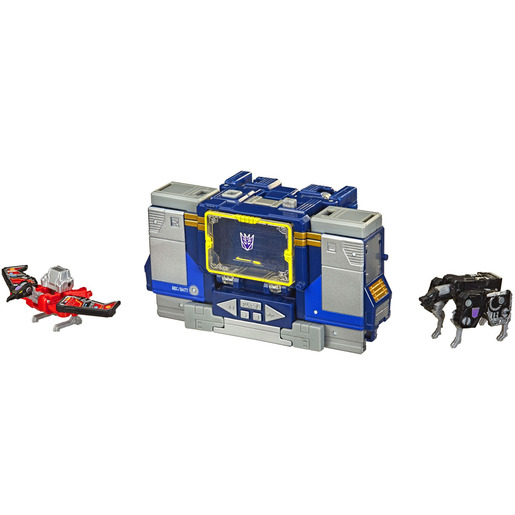 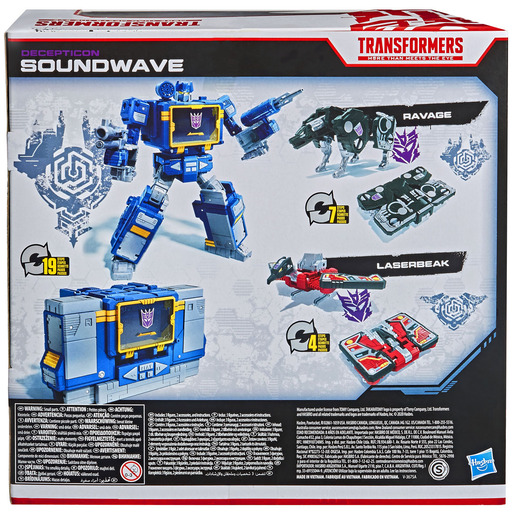 With 56 deco ops and battle-worn details this is the most series-accurate version of the character. Soundwave, the sly communications officer, uses information as his most formidable weapon. The Soundwave toy converts to cassette player mode in 19 steps and includes series-inspired weapon accessories.