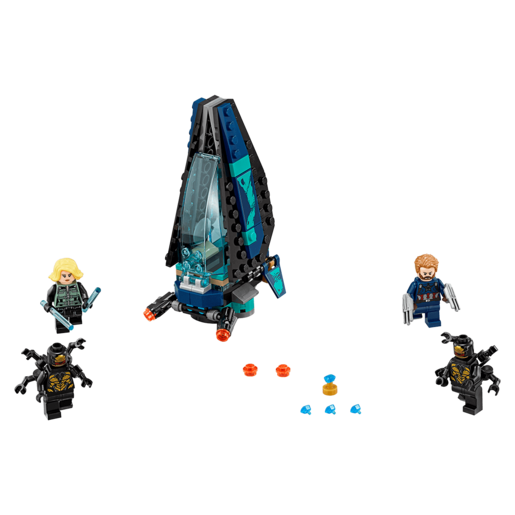 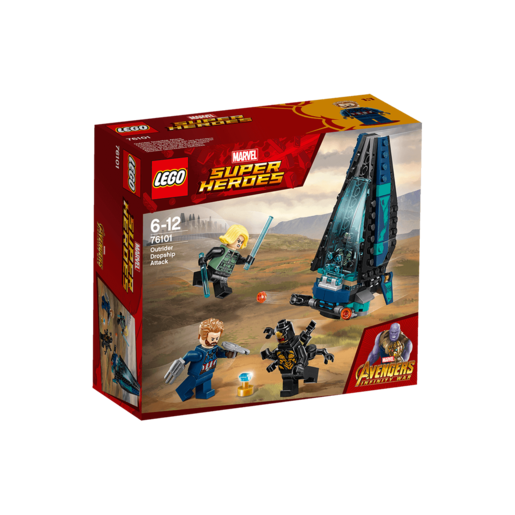 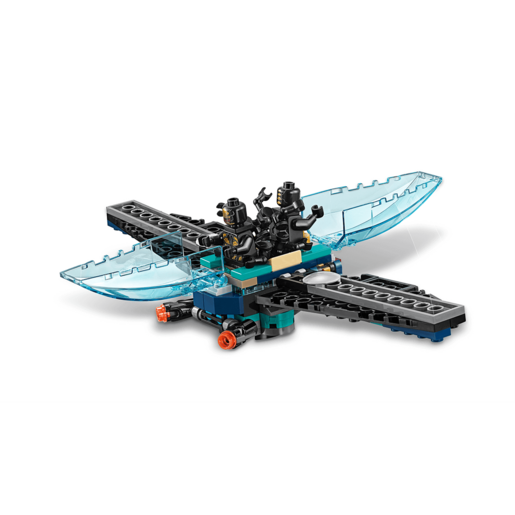 Drop in and save the day with the Outrider Dropship Attack set from LEGO Marvel Super Heroes.

Captain America and Black Widow are locked in battle with two Outriders. Inspired by the Avengers: Infinity War movie, they need your help to win the fight.

Relive some of the best moments from the film with the four minifigures you get in the pack. It’s two against two, but the Outriders have a Dropship with foldout sides and two stud shooters. There’s space in the cockpit for them both to sit, and the set comes with the Infinity Stone element on a stand too.

Your Captain America figure has two Wakandan Shields, while Black Widow has two batons to defeat the Outriders. Keep an eye out for other Marvel Super Heroes sets from LEGO though, to build your strength against the evil forces.

Recommended for Wakandan warriors aged 6 to 12. 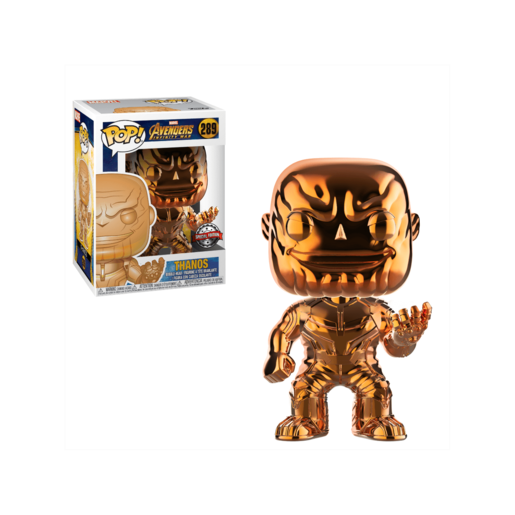 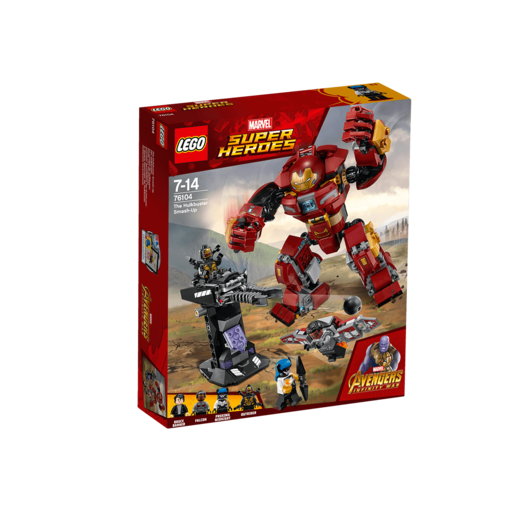 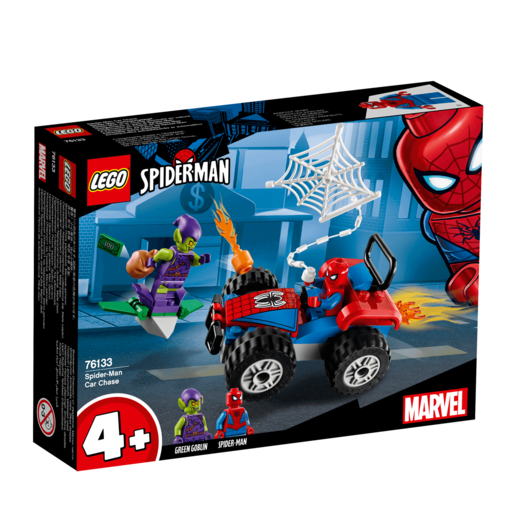 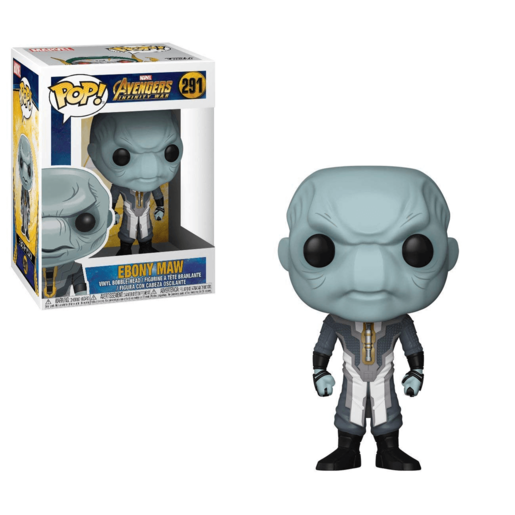 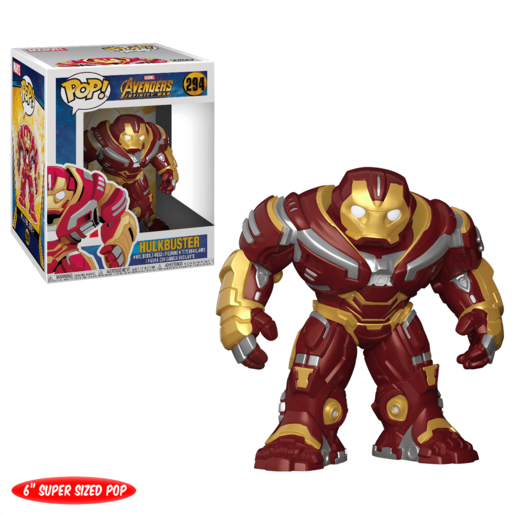 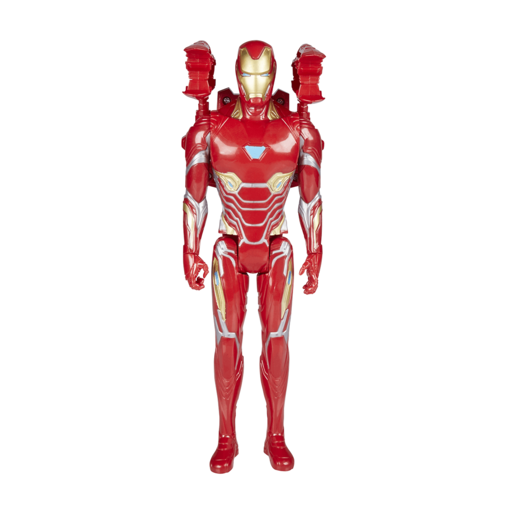 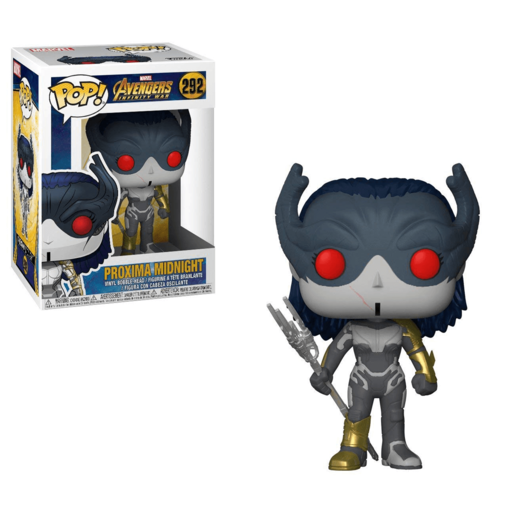 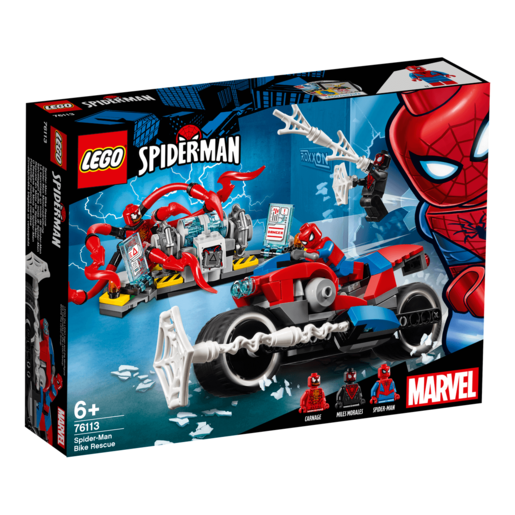