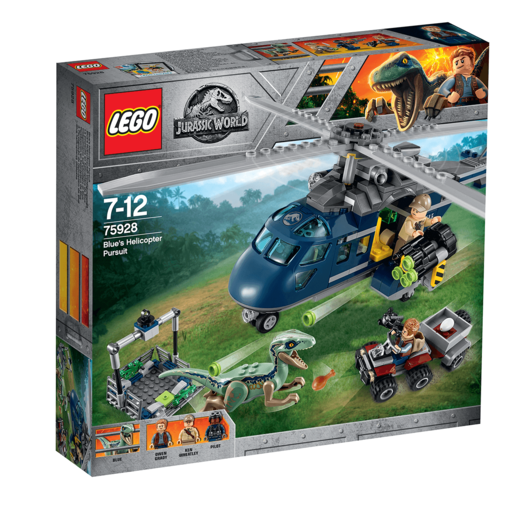 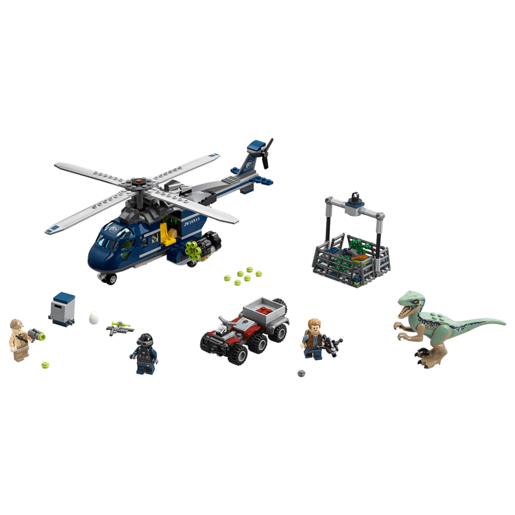 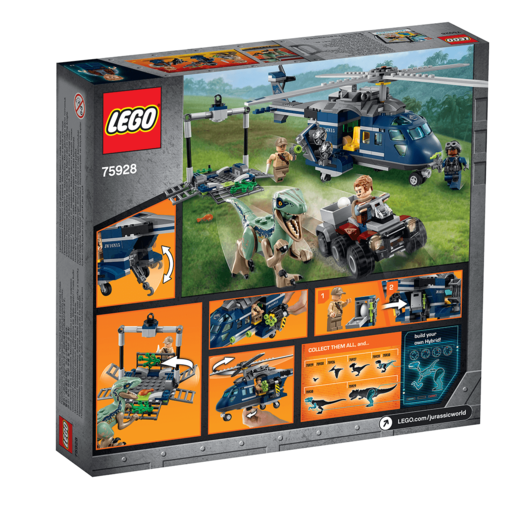 Wheatley and the pilot have left a clever trap. They’re planning to lure Blue into a cage using some food – Oh no! Blue has been tricked into entering the cage!

The evil hunters have already loaded him into their helicopter and they are trying to make a getaway. But if you are quick you could still catch them.

Help Owen jump onto the quad bike and speed after his favourite dinosaur pal. He has a crossbow to try and stop them but he needs to watch out for the helicopter’s powerful 6-stud shooter.

Will he make it to the helicopter, set Blue free and rescue the stolen eggs? Only you can help this dino-duo back to safety.

Perfect for dino-adventurers ages 4 to 7. 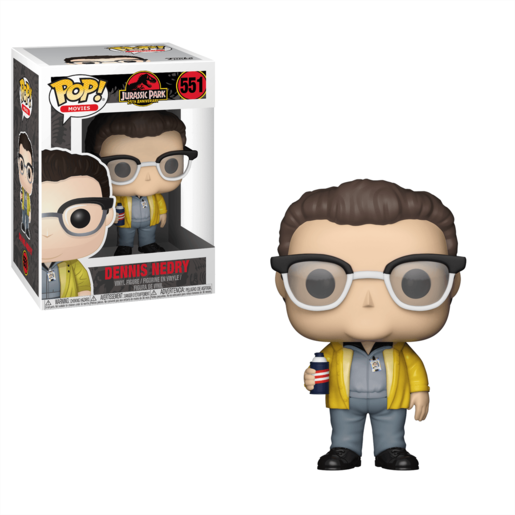 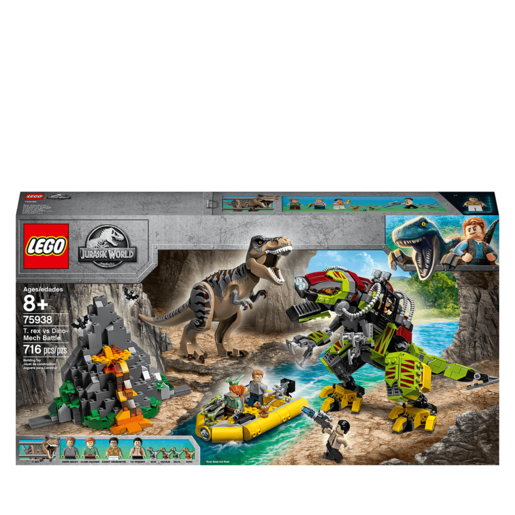 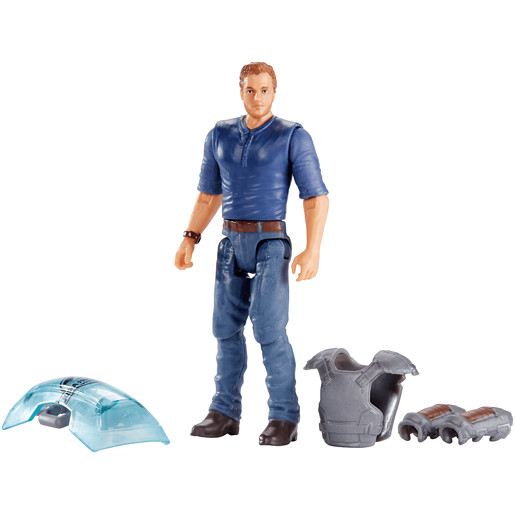 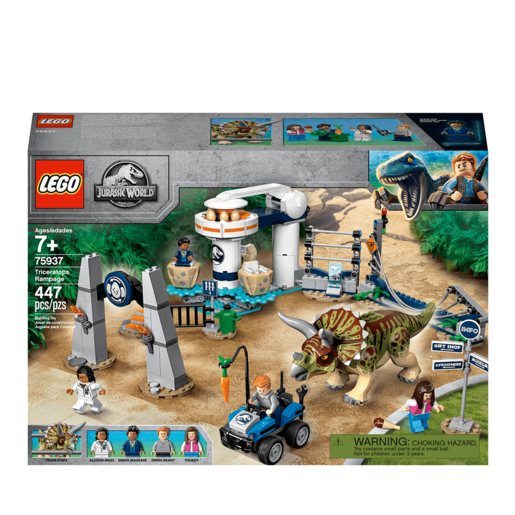 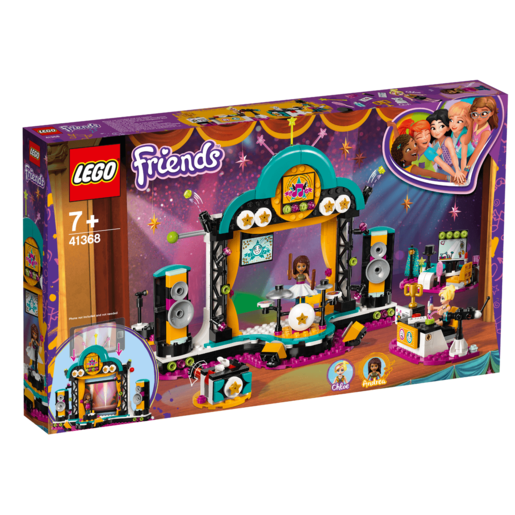 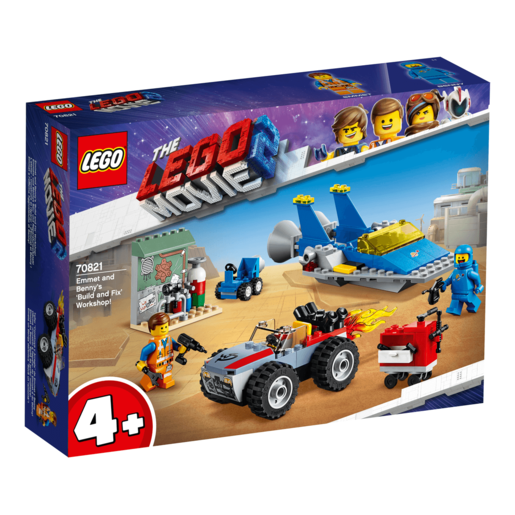 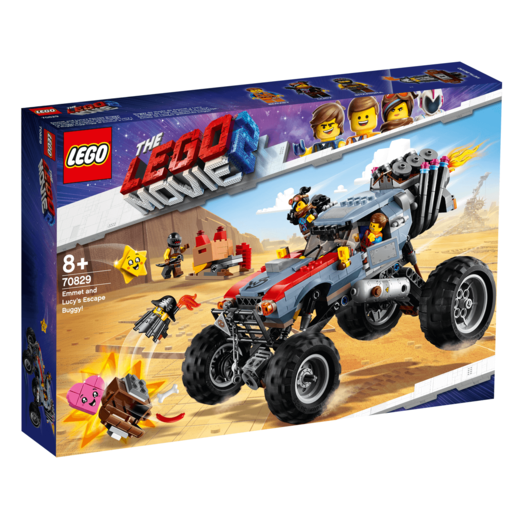 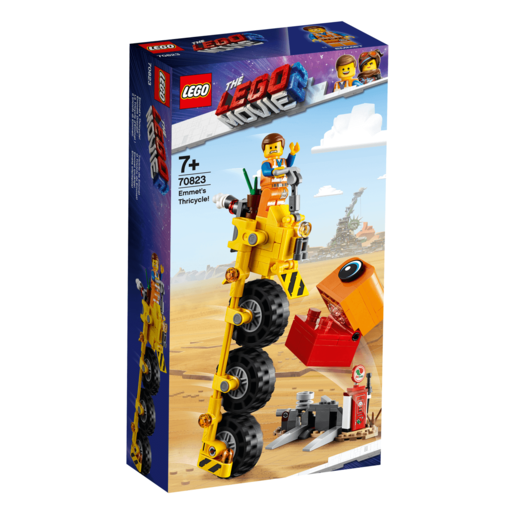