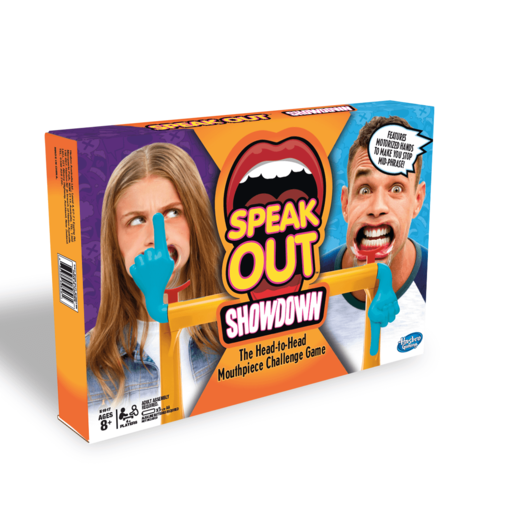 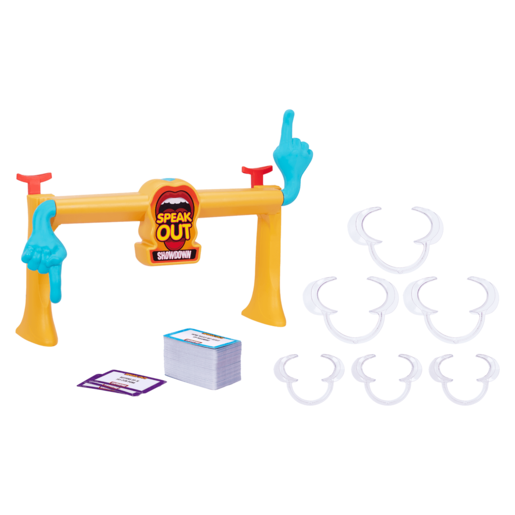 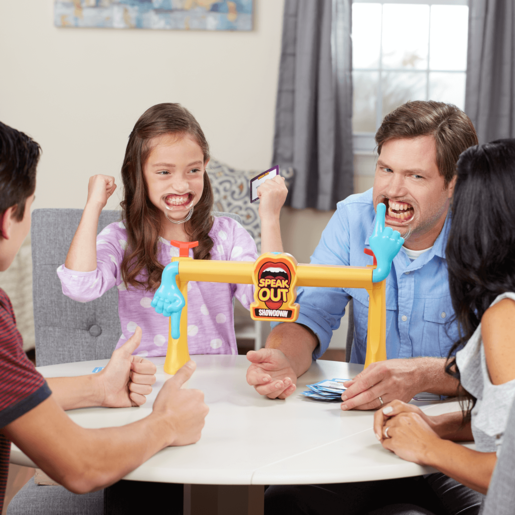 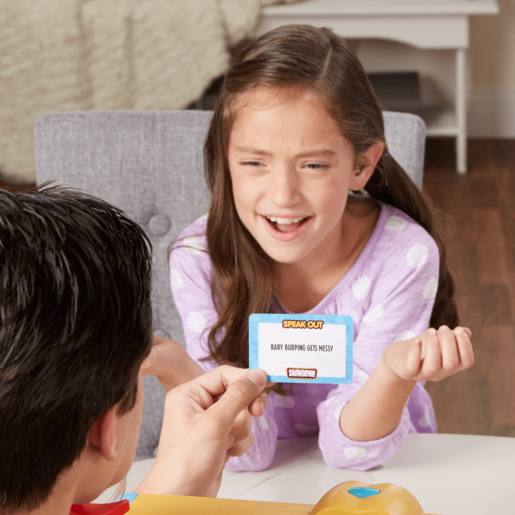 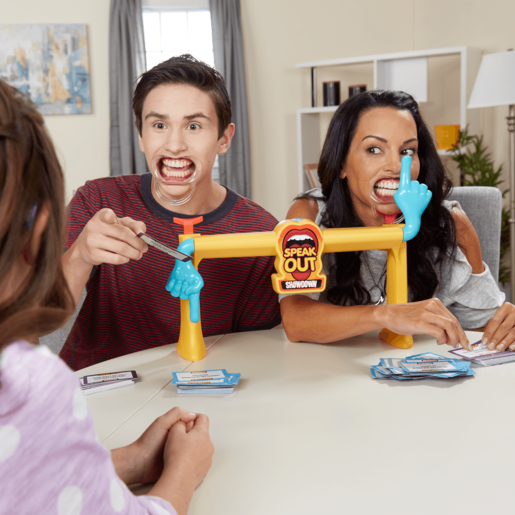 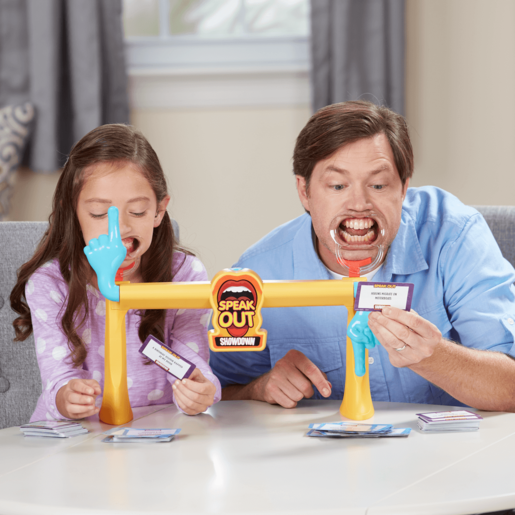 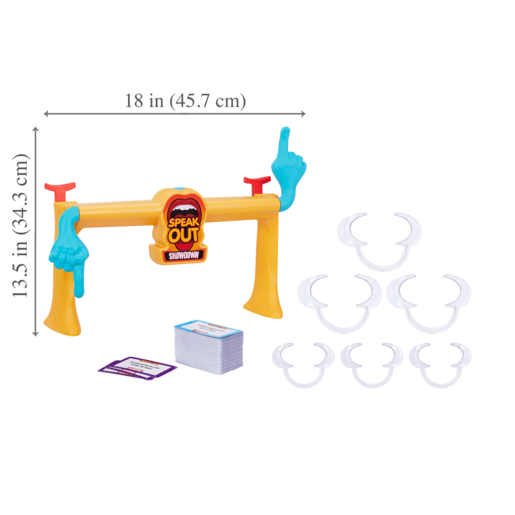 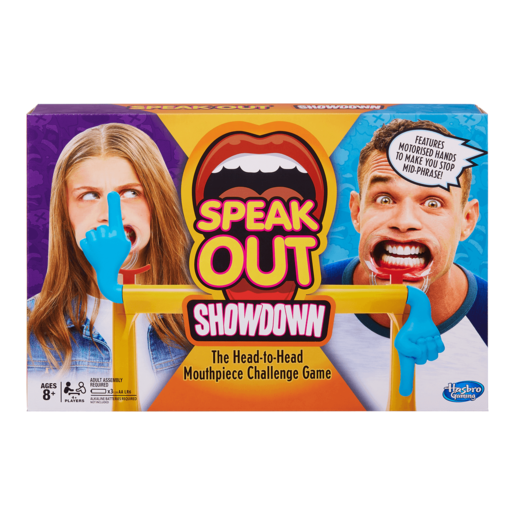 Speak Out Showdown is the hilarious head-to-head game that pits two teams into completion to crown a tongue-twister champion.

Each team nominates one player to put on a mouthpiece and read out fiendishly difficult phrases.

Their teammates have to guess what they're saying as quickly as they can to score as many points as possible.

But watch out for the electronic hand – it randomly chooses who's turn it is to speak to add to the mayhem.

Speak Out Showdown is hilarious fun for four or more players aged eight plus. 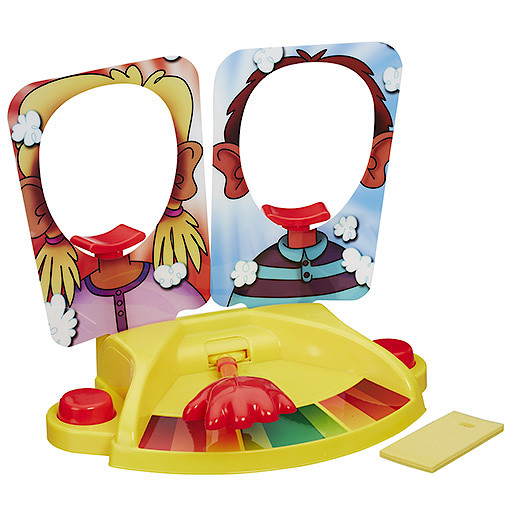 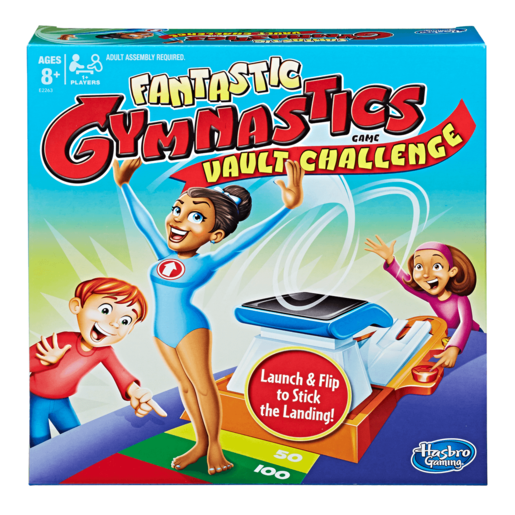 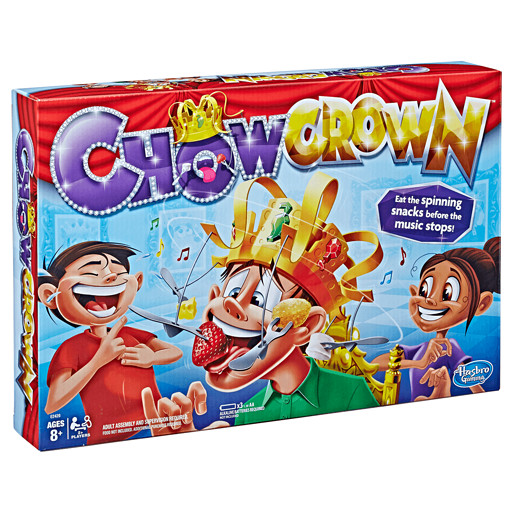 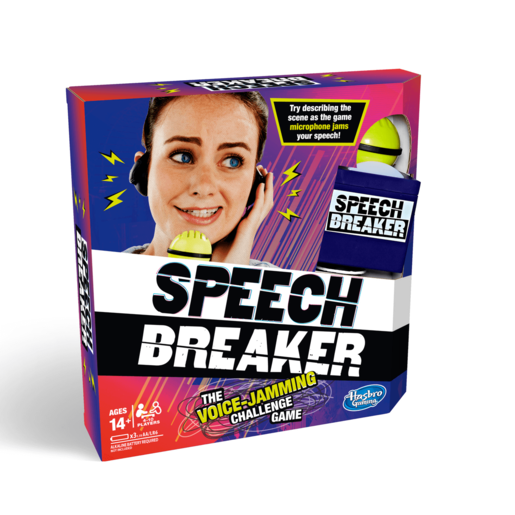 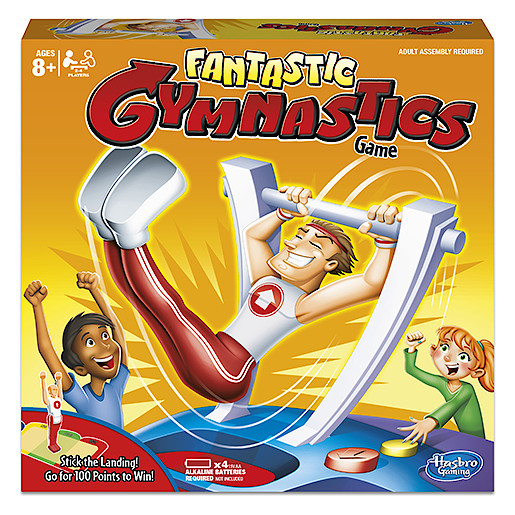 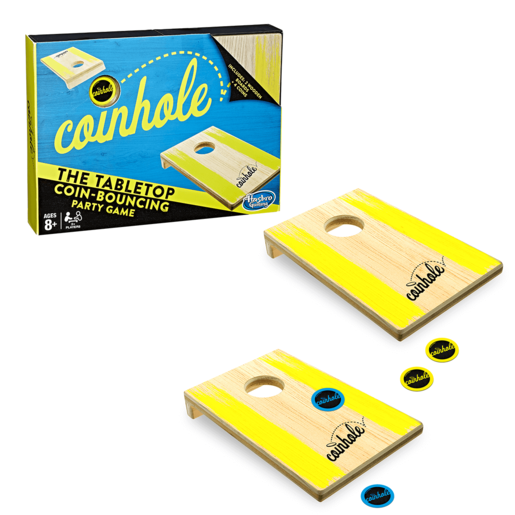 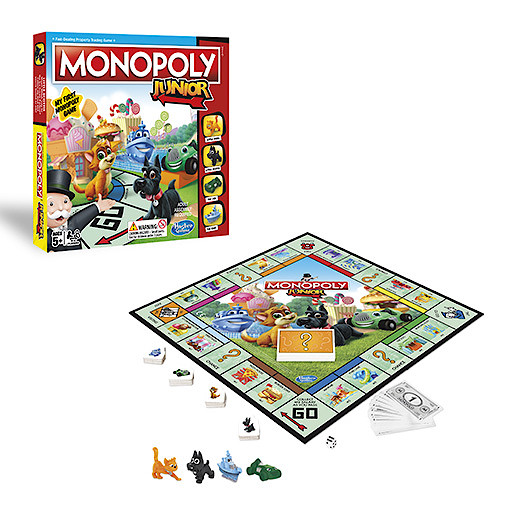