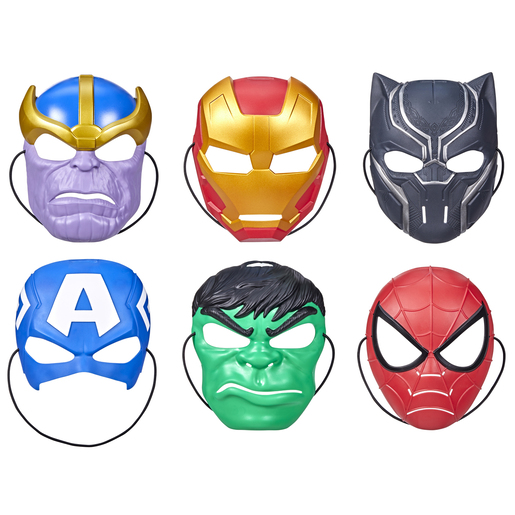 Imagine suiting up like a favorite super hero or villain for creative play! Kids can put on this Marvel toy mask and pretend they are in a battle between Marvel super heroes and enemies.

This classic toy mask includes a flexible band to fit most ordinary mortals, so kids can pretend to be superhuman! Superpowers not included. From figures to vehicles to role-play items, Marvel offers character-inspired products for kids, Marvel fans and collectors.