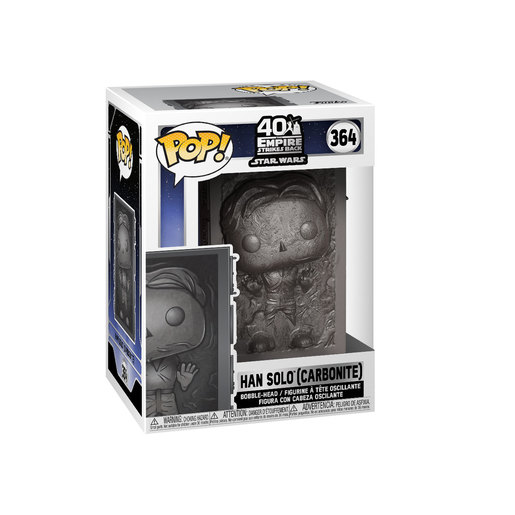 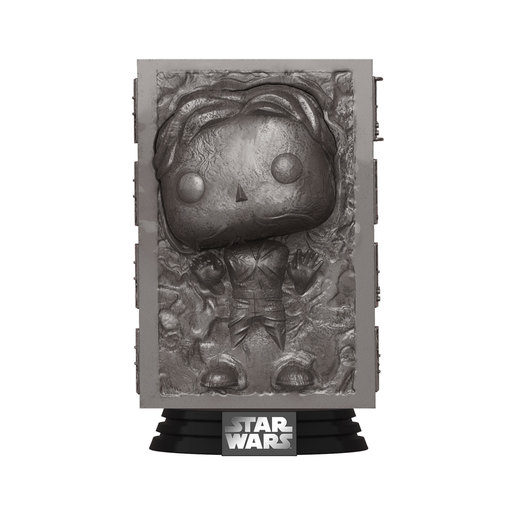 Inspired by the heart-breaking ending of The Empire Strikes Back, this Funko Pop! figure shows the moment when Han Solo is frozen in the mysterious substance carbonite. Just like in the film, this vinyl figure depicts a metallic block, with Han Solo's shape trapped inside.

This character is a must-have for Star Wars fans. It arrives in a window display box and features a branded Star Wars stand too.

For ages 3 and over.