Which games are most likely to end in an argument?

Board games have seen a huge spike in popularity in recent years, with people of all ages gathering round tables to play their favourites. It doesn’t matter how young or old you are, board games are something we can all enjoy.

However, while it’s all fun and games to begin with, things can sometimes get a little bit competitive and arguments can break out. But is this the same for all games? Or are some more likely than others to cause us to fall out?

We surveyed the nation to find out which board games we’re playing the most and which are causing the biggest bust-ups.

What are the UK’s favourite board games? 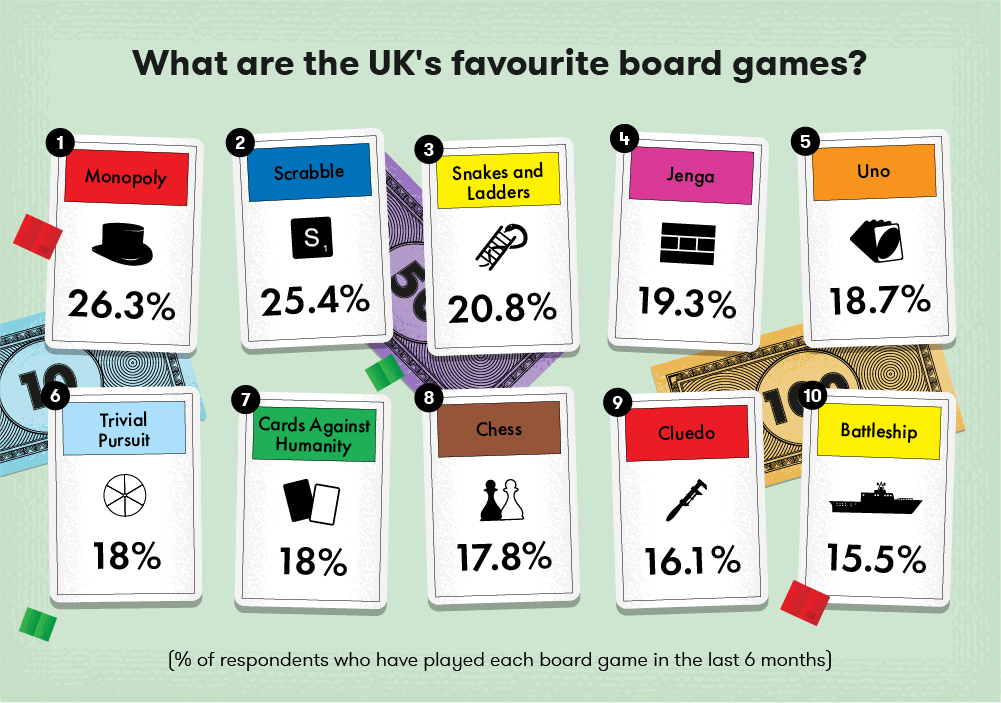 Which games are causing the most arguments? 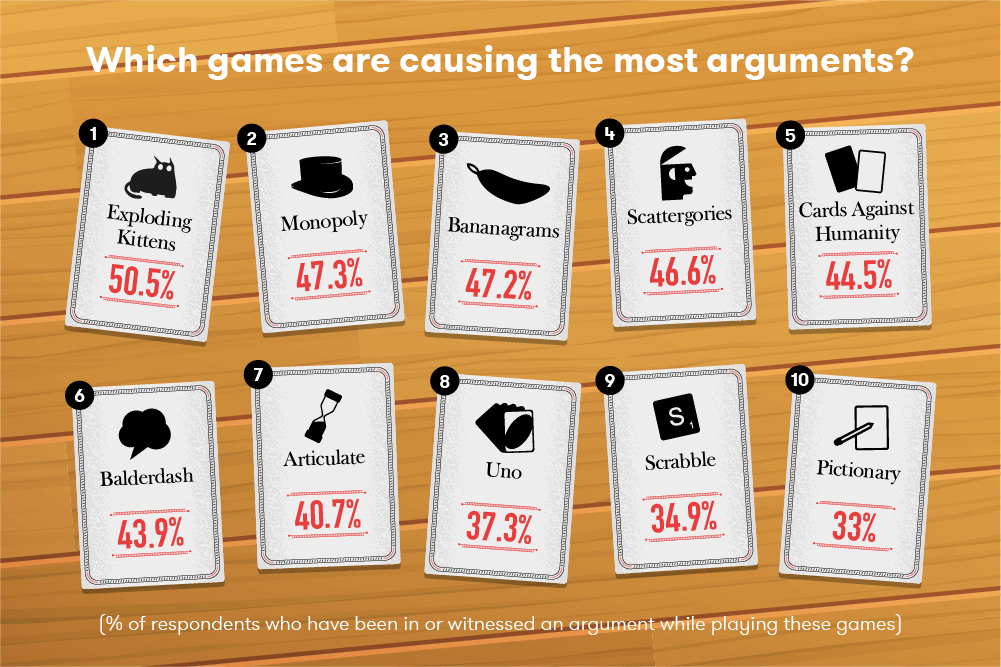 Exploding Kittens takes the top spot as the most argued about game, with over 50% of players saying they’ve been involved in or witnessed an argument while playing. A fast-paced card game with a long list of unusual rules, Exploding Kittens has become an increasingly popular choice among teens and millennials.

What are we arguing about the most? 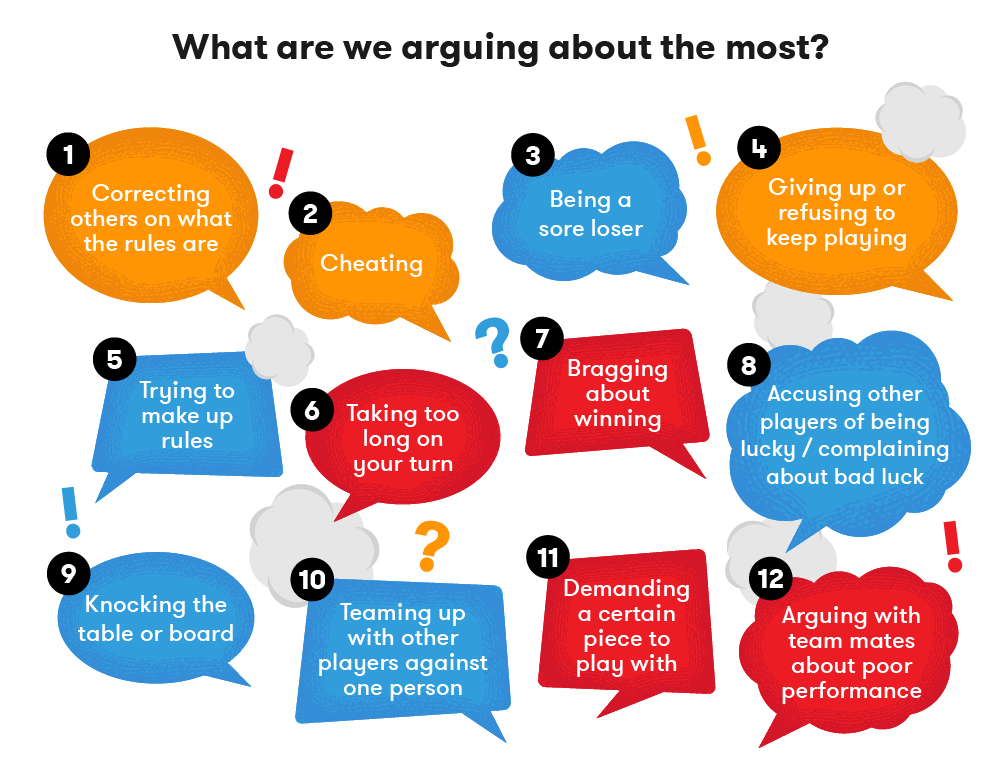 Rather than limit the number of arguments, rules turned out to be the biggest cause of them. 42.4% of Brits have been involved in or seen an argument caused by someone correcting others on what the proper rules are, while 35.8% have argued over someone trying to make up their own rules.

Which cities are arguing the most? 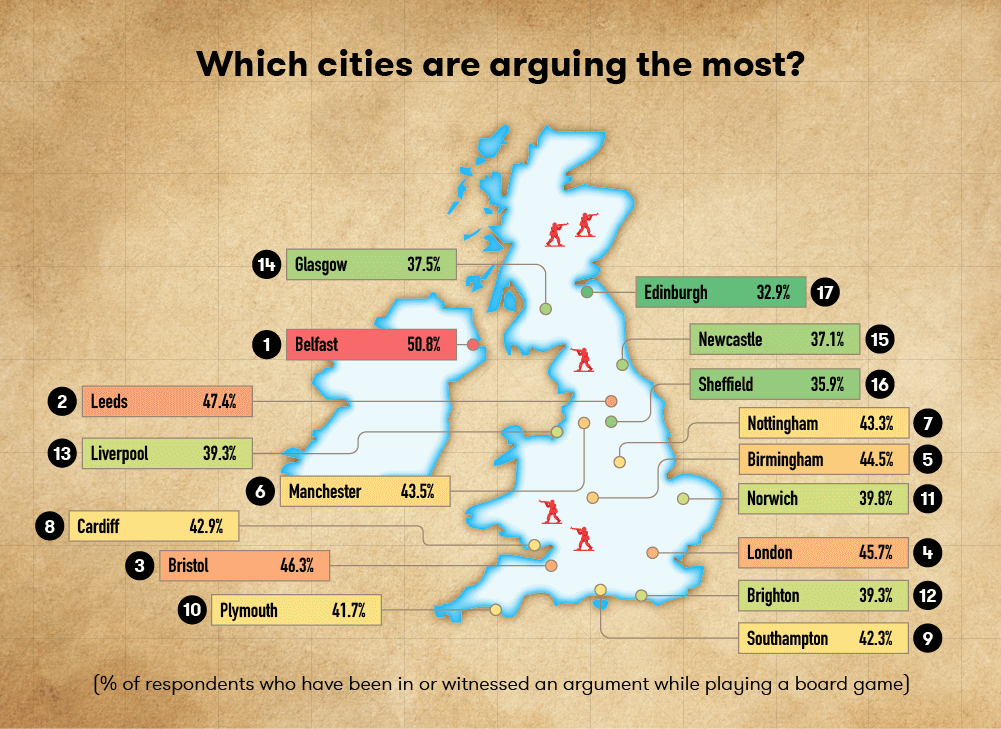 Which cities are cheating the most? 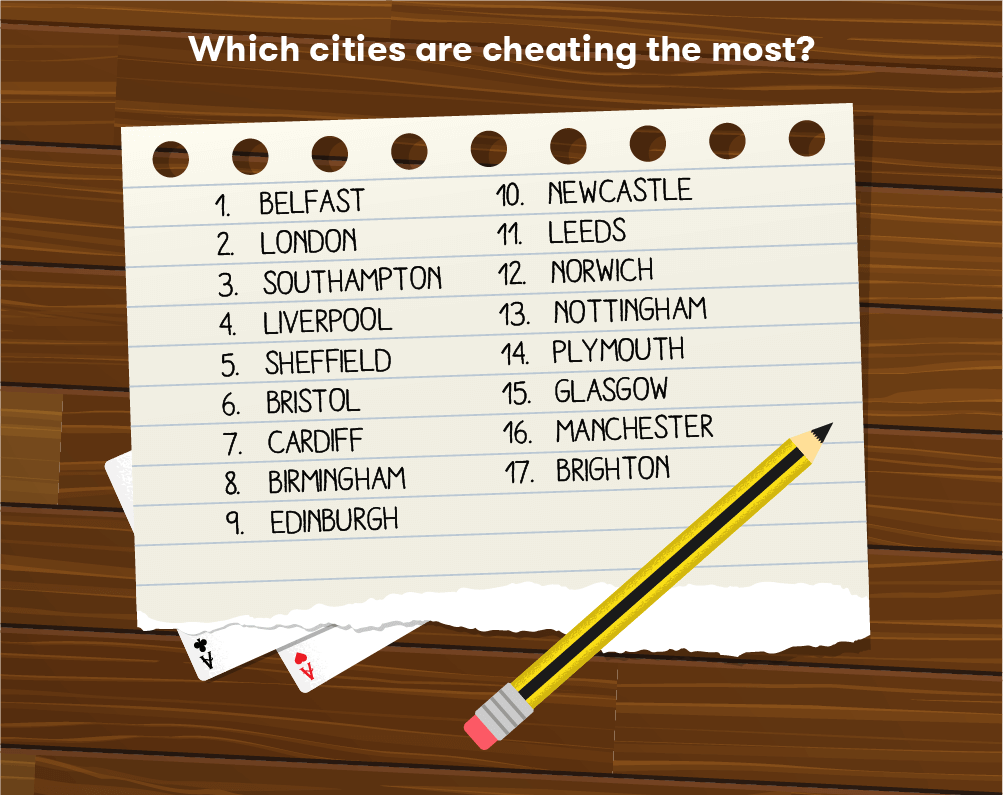 Belfast also came out on top for cheating, with 24.6% of people admitting to cheating while playing a game. And to make matters worse, 13.1% got away without anyone noticing they’d cheated! Players in Brighton were the most honest, with only 10.7% admitting to cheating.

Which cities are most and least likely to commit these offences? 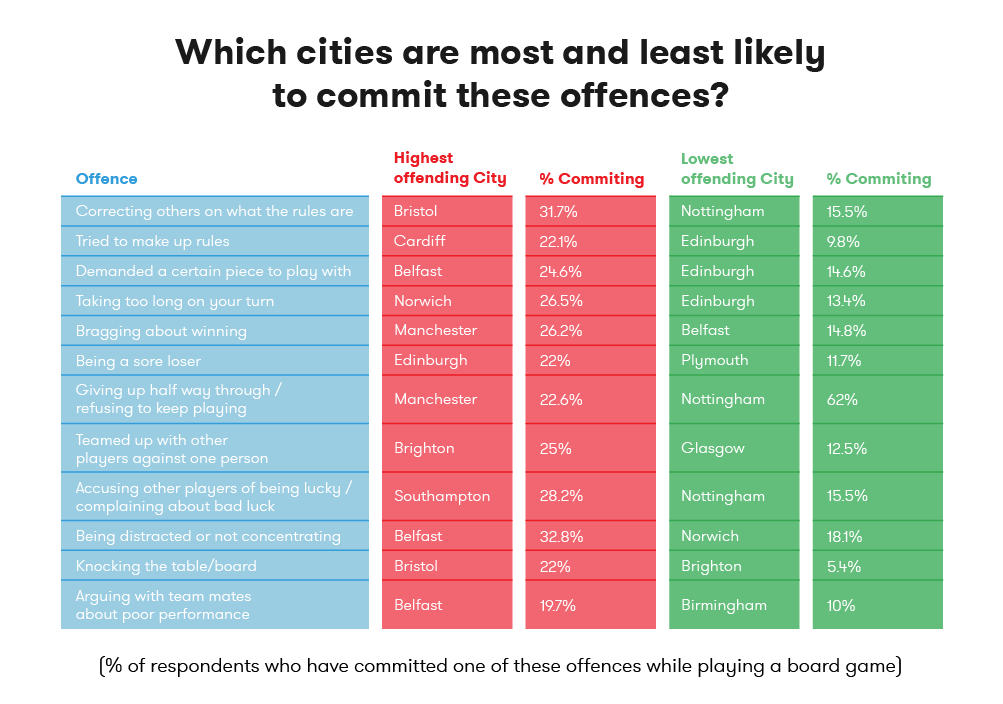 Don’t worry, while it’s quite common to fall out while playing a board game, these arguments are quickly forgotten about! There are also some simple steps you can take to minimise the chances of any board game bust-ups.

Planning your next game night? We stock a wide range of board games, perfect for the whole family. Or if you’re looking for something more relaxed, why not check out our selection of jigsaws?