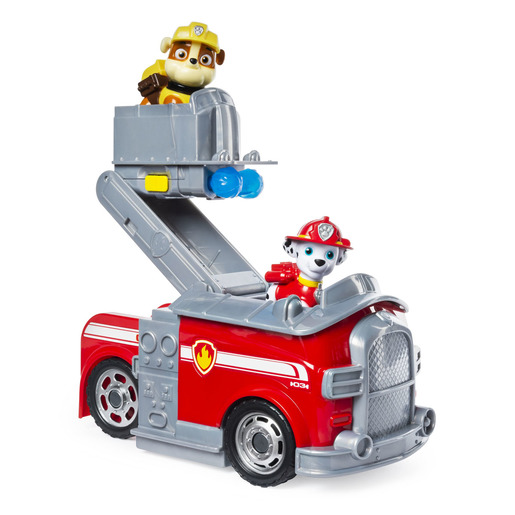 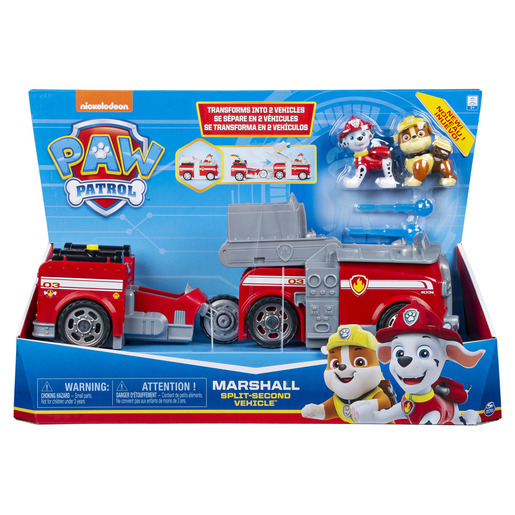 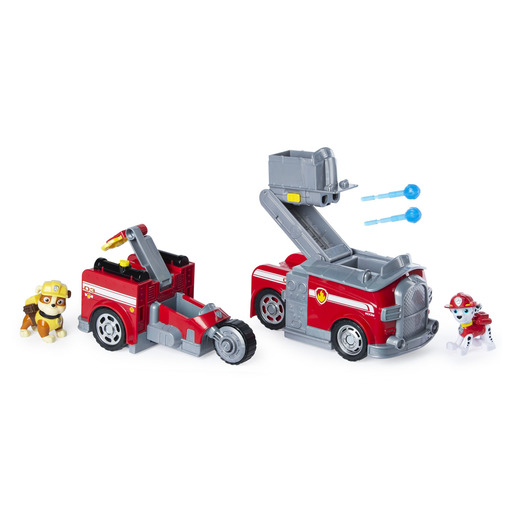 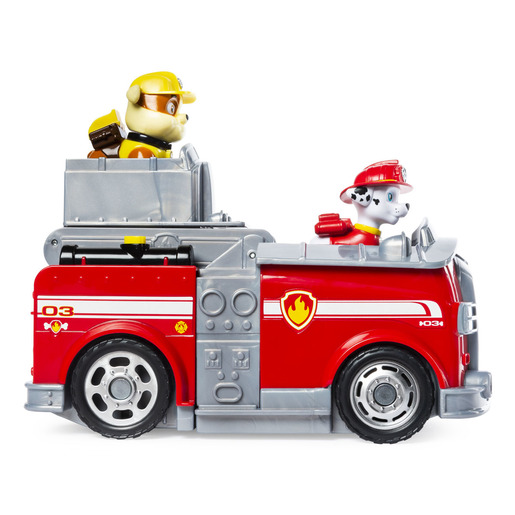 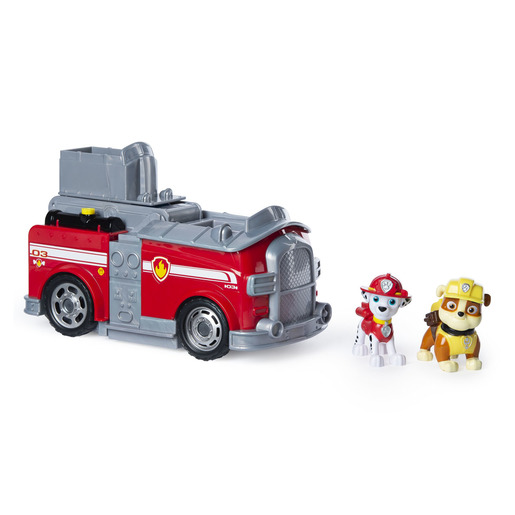 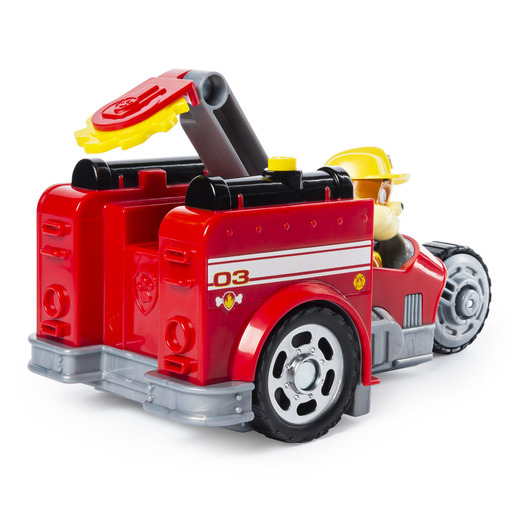 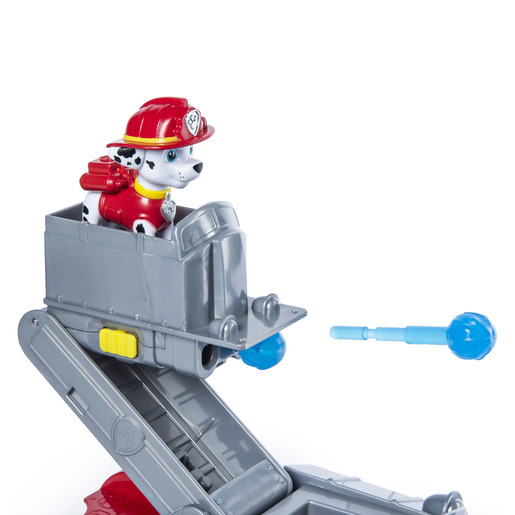 Double the rescues with PAW Patrol’s Marshall and Rubble with the Split-Second Vehicle!

This 2-in-1 vehicle transforms into two rescue vehicles with the push of a button! Load Marshall and Rubble (collectible figures included) into the vehicle and press the badge button. As the Split-Second Vehicle transforms, the fire truck launches forward, and a 3-wheeled vehicle with a working rescue saw pops out from the back!

With so many exciting features, you’ll have hours of fun playing out your rescues with the transforming Split-Second Vehicle! To turn back into the Split-Second Vehicle, simply push both parts together, fold down the ladder and place the pups inside until the next big rescue.