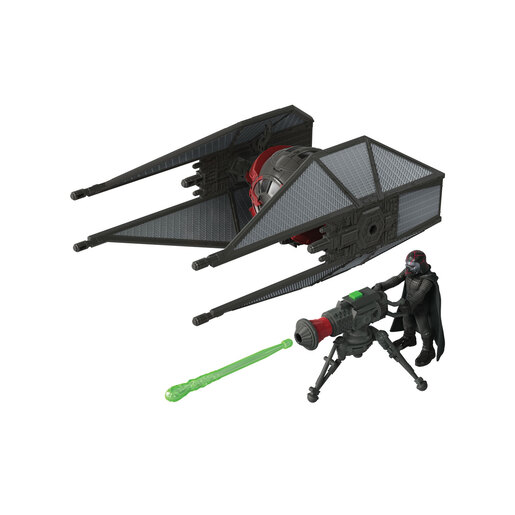 In Star Wars lore, Supreme Leader Kylo Ren speeds into battle aboard a TIE Whisper modified to his exacting specifications, boasting increased speed and firepower than the standard model, and carries sensor-confusing technology that allows Ren to avoid enemy detection.

Blast off into galactic action and adventure with the Star Wars Mission Fleet figures and vehicles! These fun figures and vehicles allow kids to imagine action-packed battles between the dark side and the light side of the Force. Star Wars Mission Fleet toys are kid-friendly and make a great introduction to the galaxy of Star Wars for boys and girls ages 4 and up! May the Force be with you!