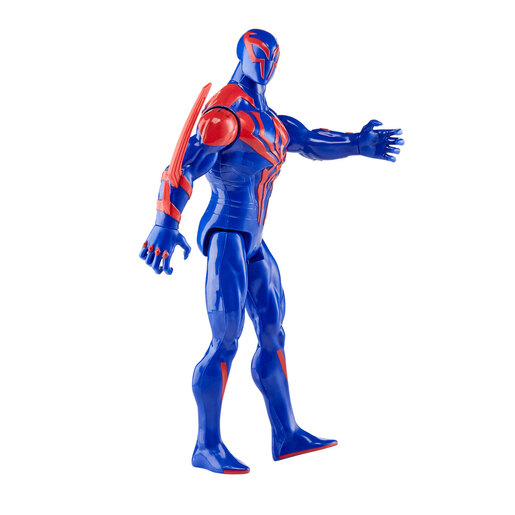 Miguel O’hara tried to manipulate the genetics of former Spider-People and accidentally turned himself into the best Spider-Man in the multi-verse!

Featuring movie-inspired design and detail, as well as multiple points of articulation for poseable fun, boys and girls will love imagining superpowered battles with this large-scale Spider-Man 2099 toy!