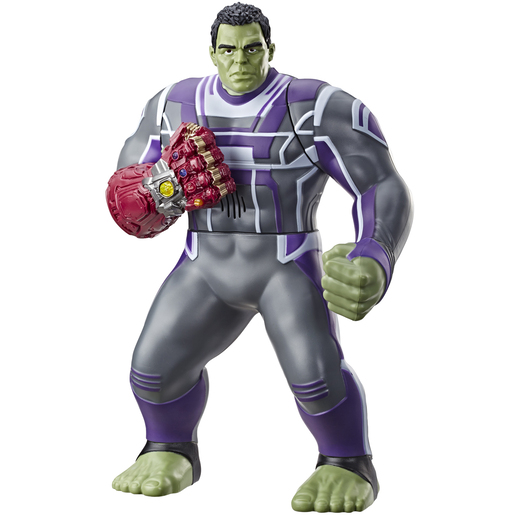 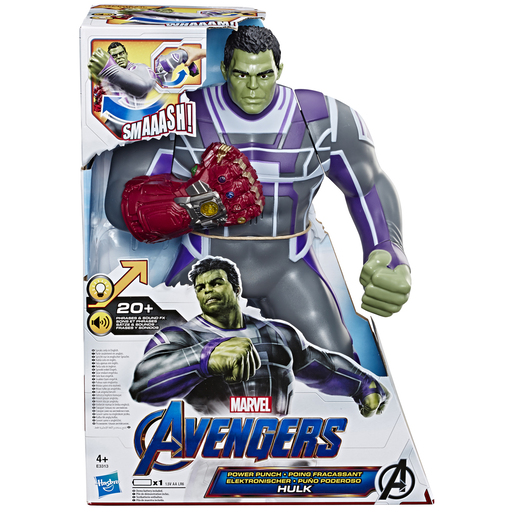 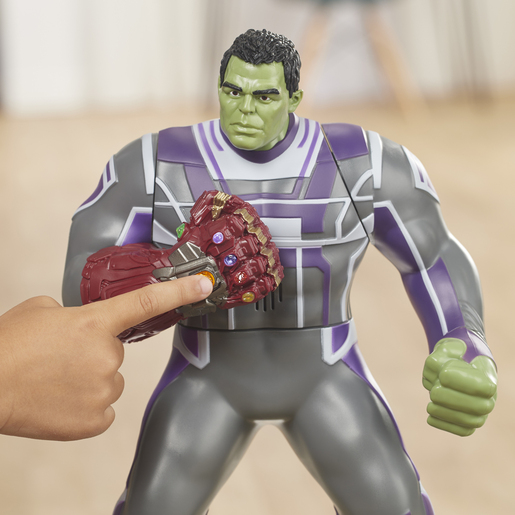 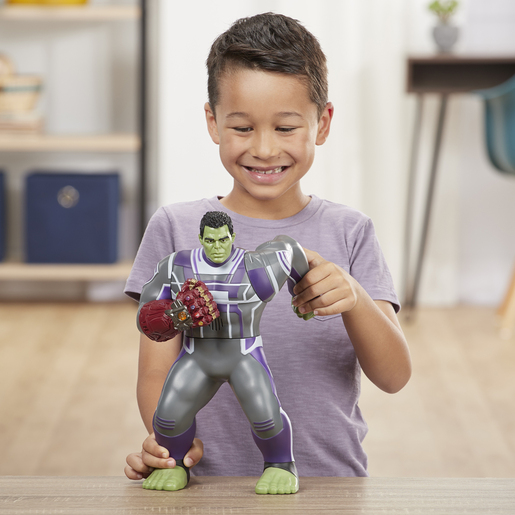 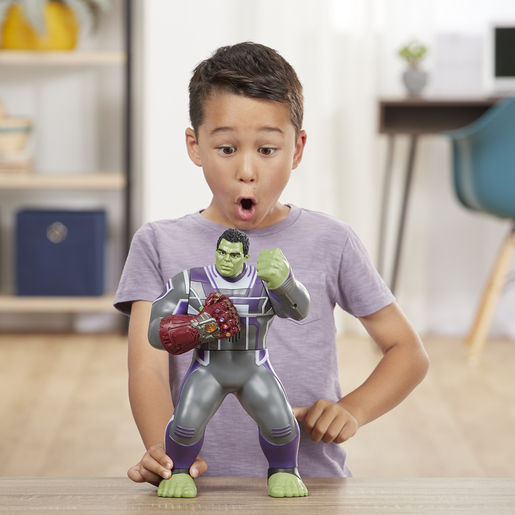 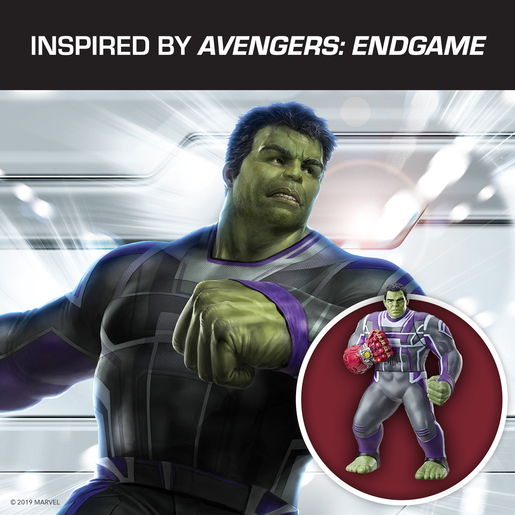 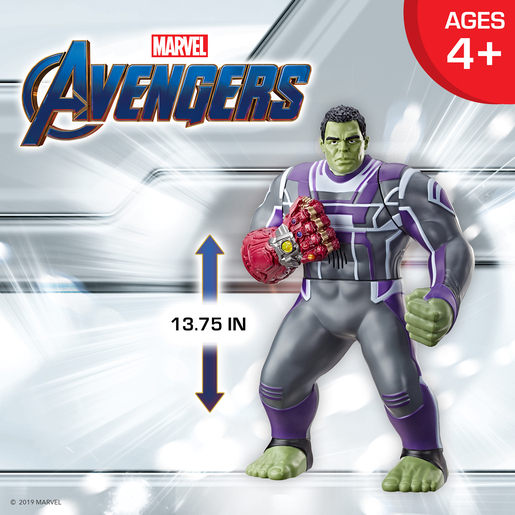 This time, the big green beast is suited up in some new gear! The Power Punch Hulk figure dons a detailed suit and gauntlet inspired by the Avengers: Endgame movie.

This 13.75-inch Power Punch Hulk figure features over 20 sounds and phrases from the Avengers: Endgame movie. Hulk’s pull back and release punch action allows fans to imagine the Green Guy throwing down with his fellow Avengers against the intergalactic warlord, Thanos. Bruce Banner transforms into the rage-filled, super-strong green hero, Hulk. With this high-quality 13.75-inch figure, fans can imagine Hulk battling with fellow Avengers like Thor and Iron Man against the evil Thanos.