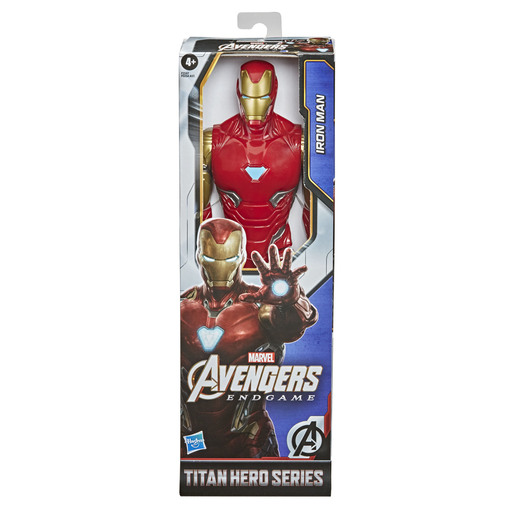 Gear up for battle with the Marvel Avengers Titan Hero - Iron Man.

As the leader of the Avengers, Tony Stark is going to use all his smarts and state-of-the-art weapons to defeat the evil Thanatos.

Recreate Tony Stark’s fiercest fights from the film during playtime with this 30cm-tall Iron Man in a classic suit.

Use the Titan Hero Blast Launcher (sold separately) to launch real projectiles and make the battle against Thanatos even more exciting!

For ages 3 years and over.