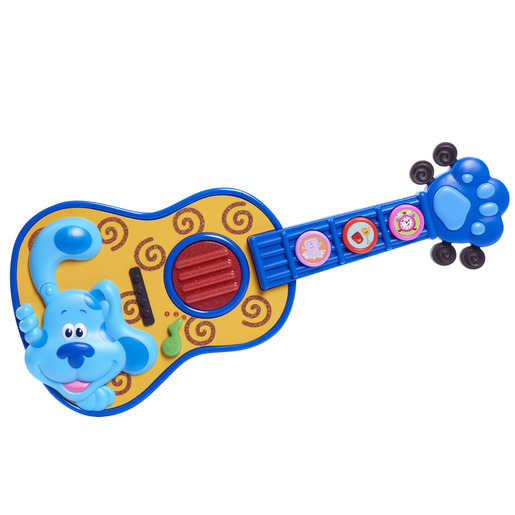 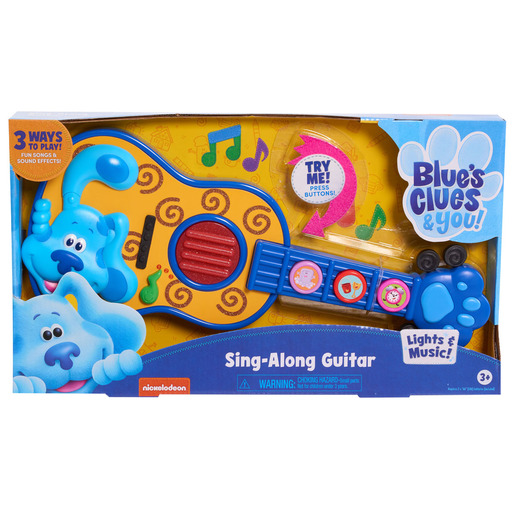 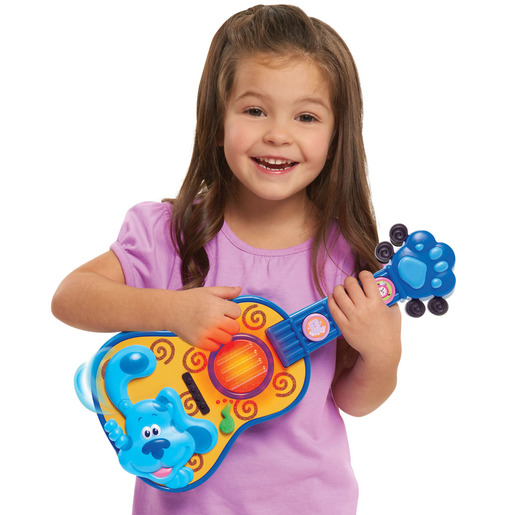 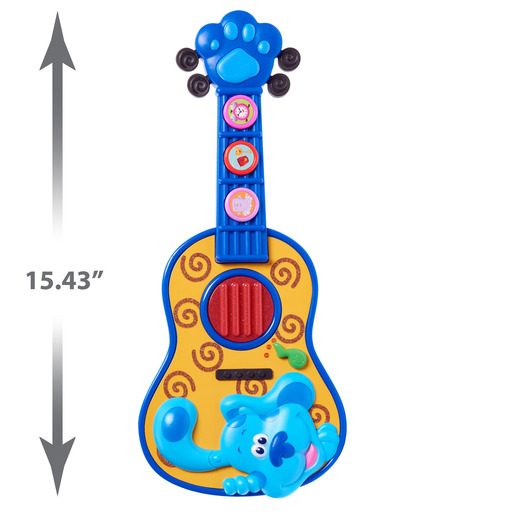 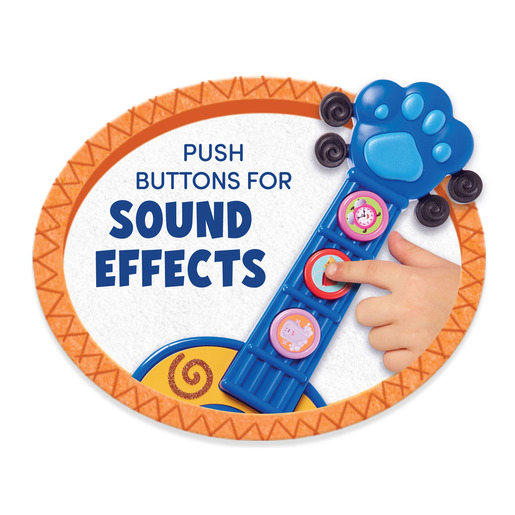 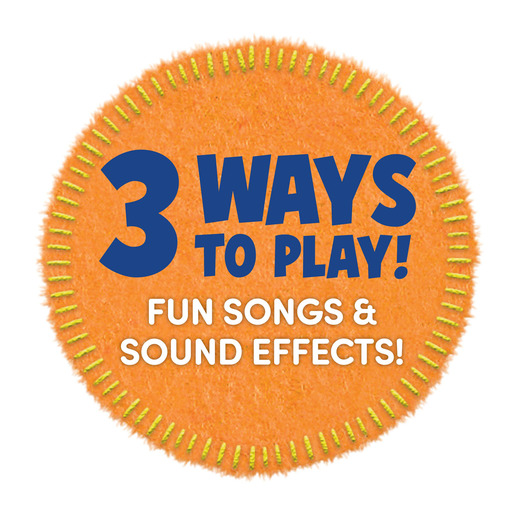 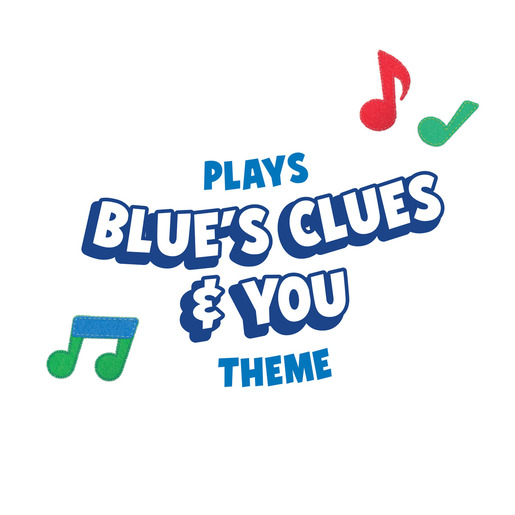 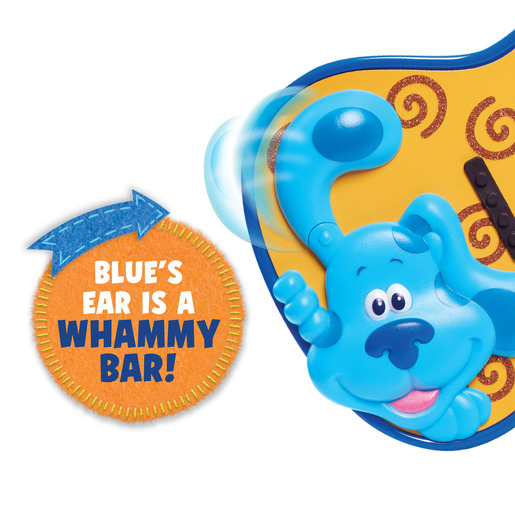 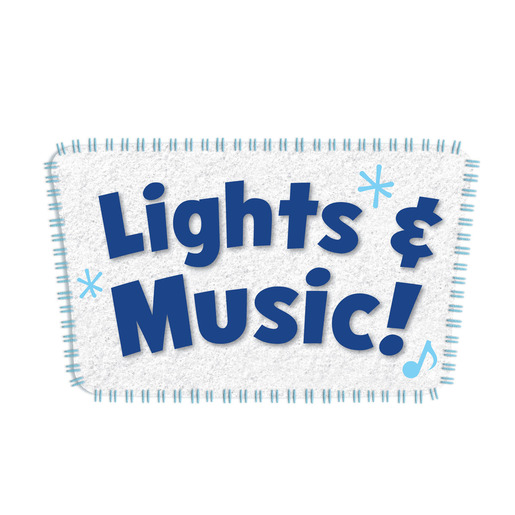 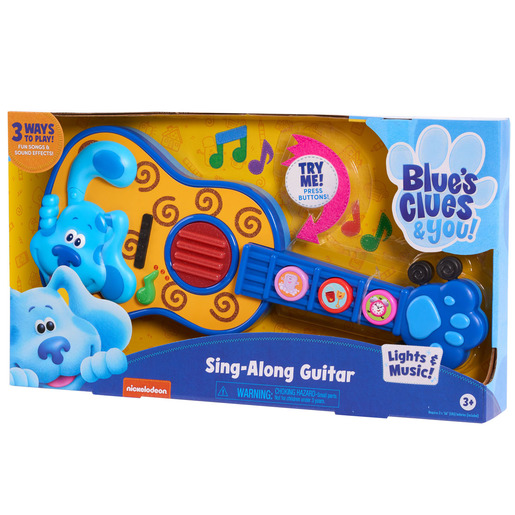 Little musicians can listen to and play along with the Blue’s Clues & You! theme song and an instrumental version of “Old McDonald.” Press the bridge button to hear music and watch it light up in tune to the song! Kids can even play the buttons on the guitar neck or hit the whammy bar shaped like Blue’s ear for special sound effects.