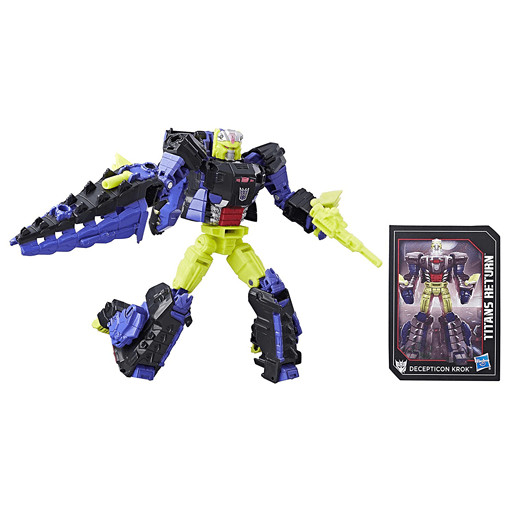 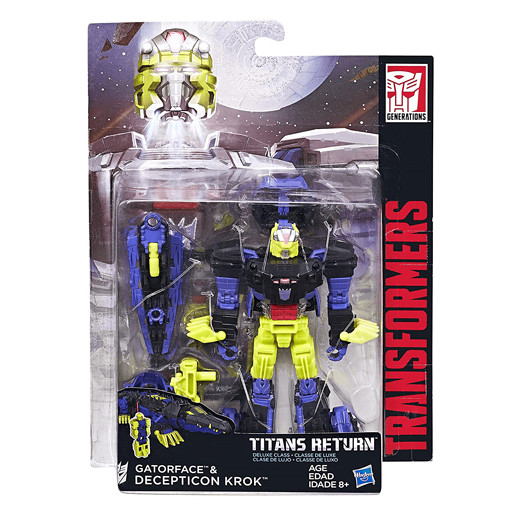 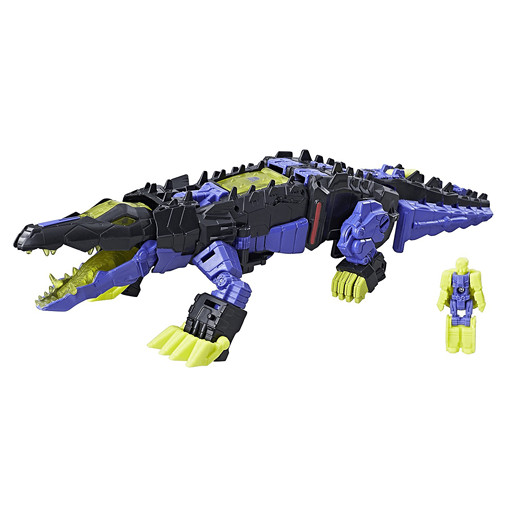 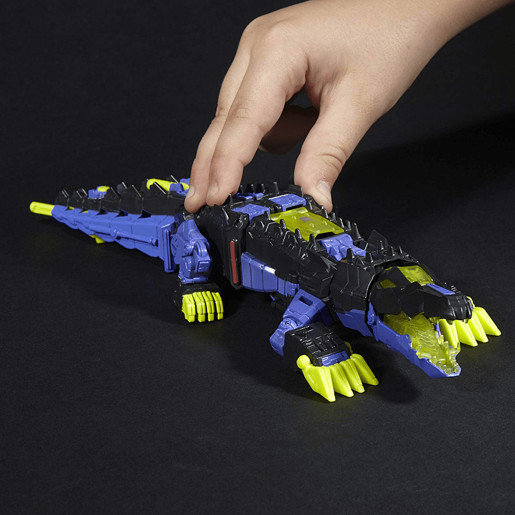 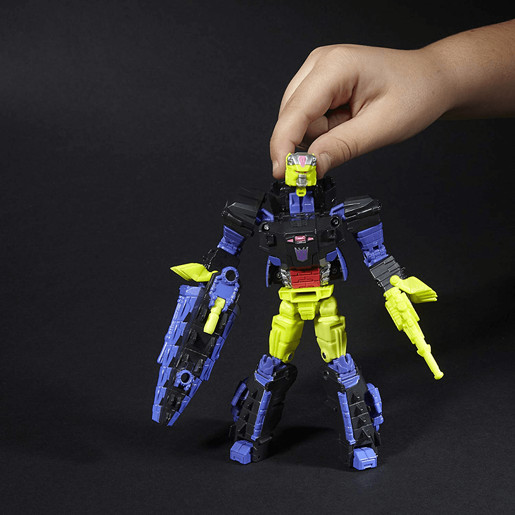 In Transformers Generations: Titans Return, Autobots and Decepticons team up with the Titan Masters, who carry a power boost and can control the city-sized Titans!

Transform the Gatorface figure into the head of the Deluxe Class Decepticon figure or combine him with other Titans Return figures.

Krok can transform in 12 steps from a fierce, fully-armed Decepticon to a terrifying crocodile.

A deadly Decepticon for Transformers fans 8 and over. 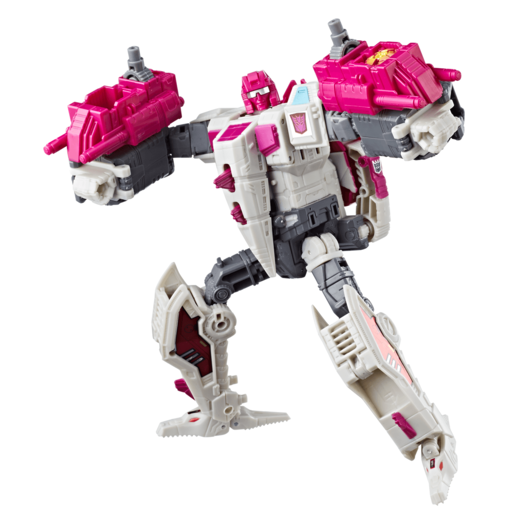 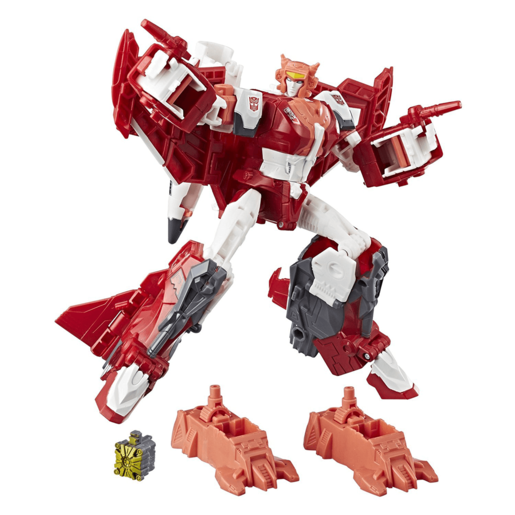 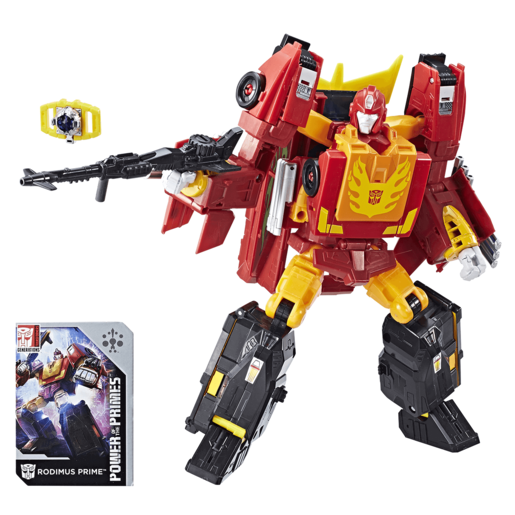 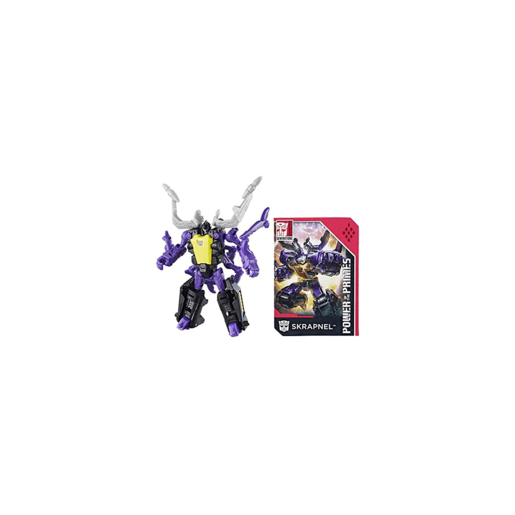 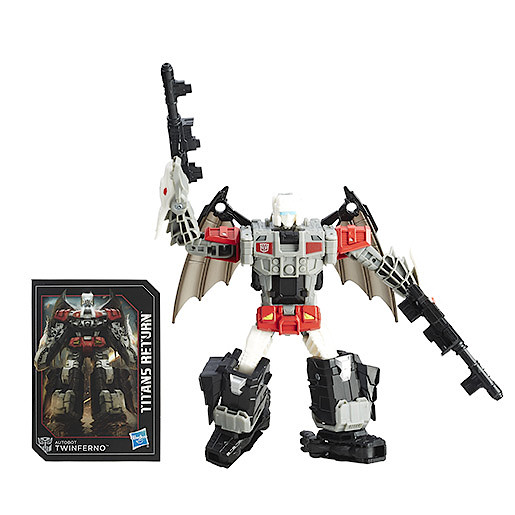 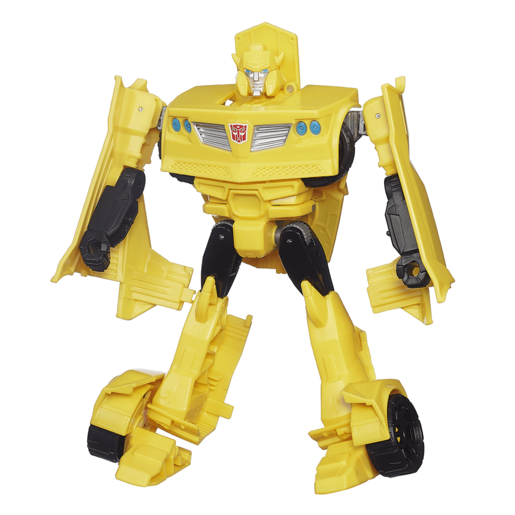 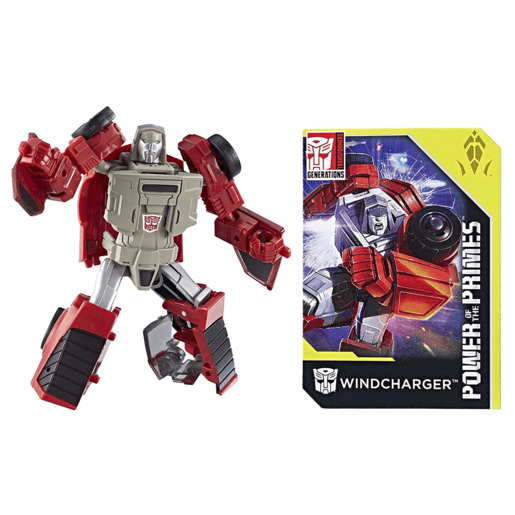 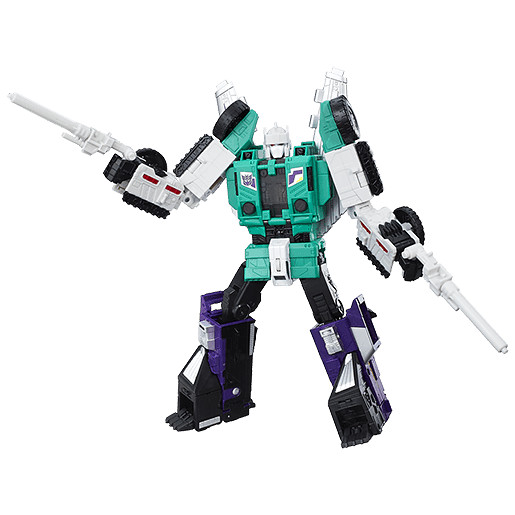