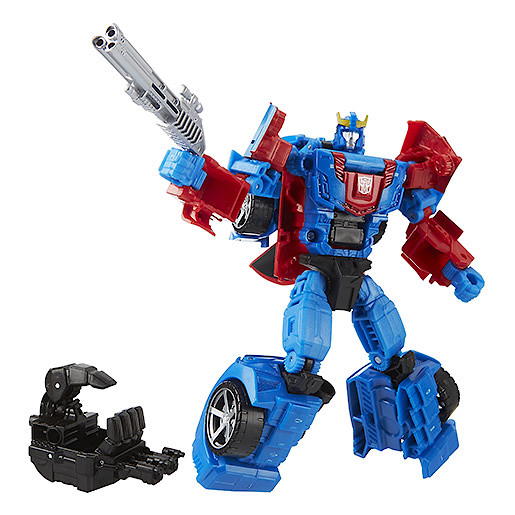 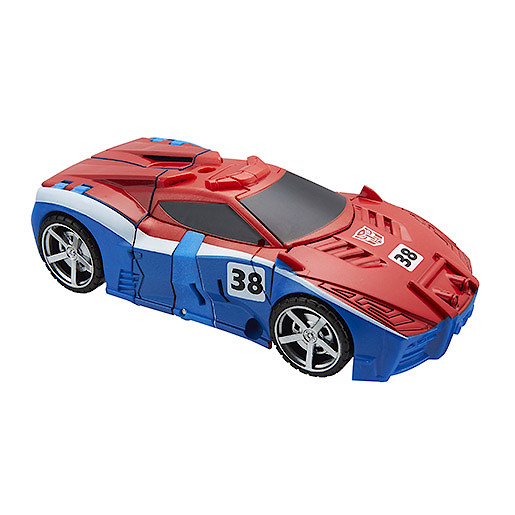 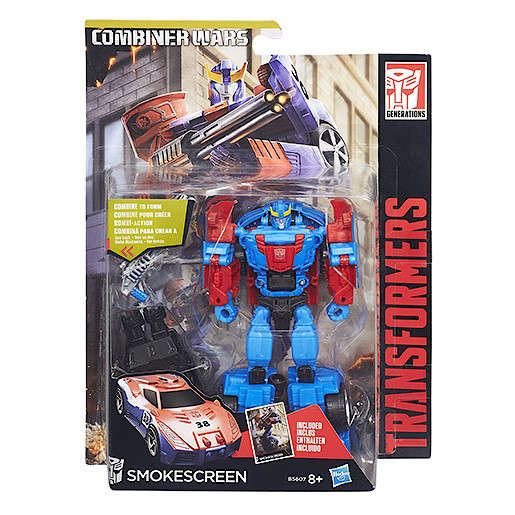 Keep the Autobots fit and fighting with Smokescreen from Transformers Generations Combiner Wars.

Smokescreen is the resident fixer for the Autobots; when a fight goes wrong, he cleans up the mess. Using an array of disruptive and disorienting weapons, Smokescreen confuses his enemies and obscures his allies as they regroup for a punishing counterattack.

This Smokescreen figure changes from robot to sports car and back in 9 steps and, with a blaster accessory, comes ready for battle.