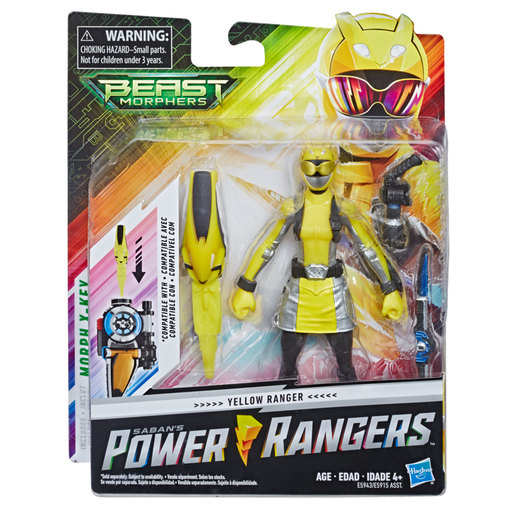 Clever Zoey Reeves was infused with animal DNA and came out a brave Power Ranger!

Now, the Yellow Ranger uses her powers to defend the grid against any bad guys.

Kids can pretend they’re saving the day with the Yellow Power Ranger.

Every Yellow Ranger comes with an included Morph-X key, so you can imagine unlocking the grid. Which Power Ranger would you be?

For ages 4 years and over.