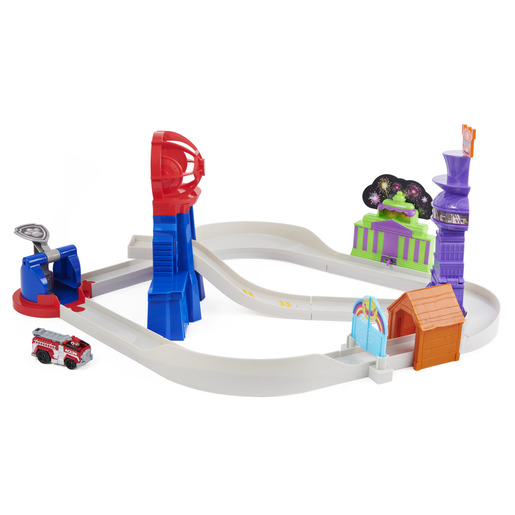 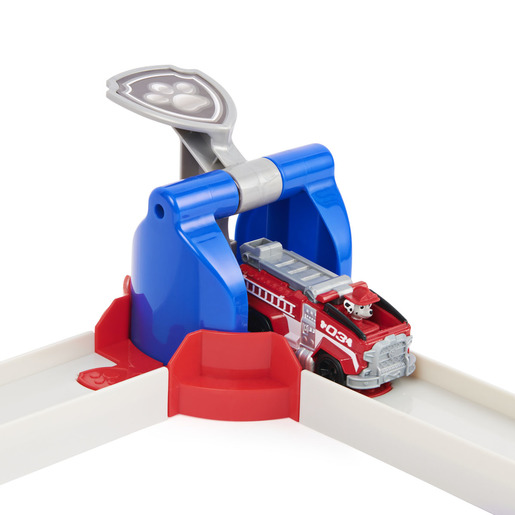 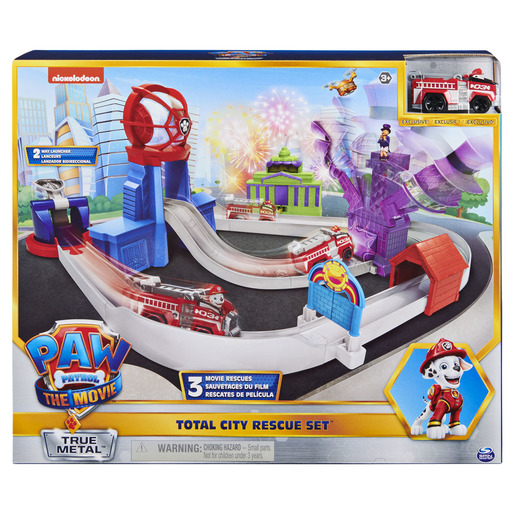 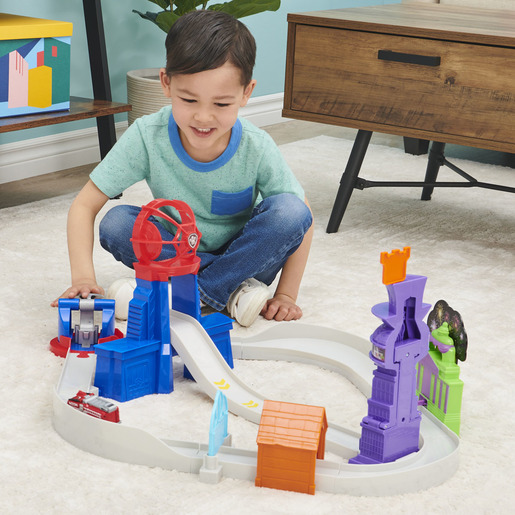 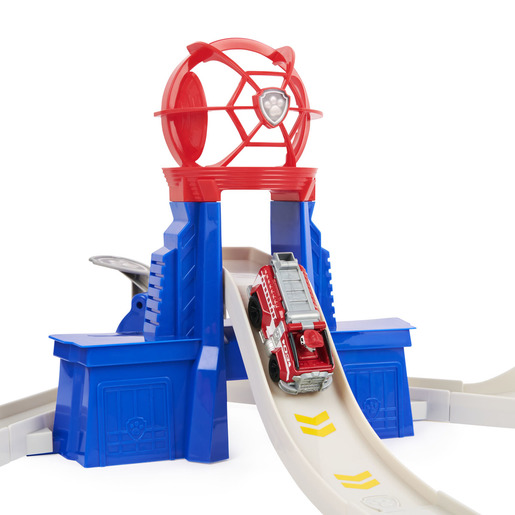 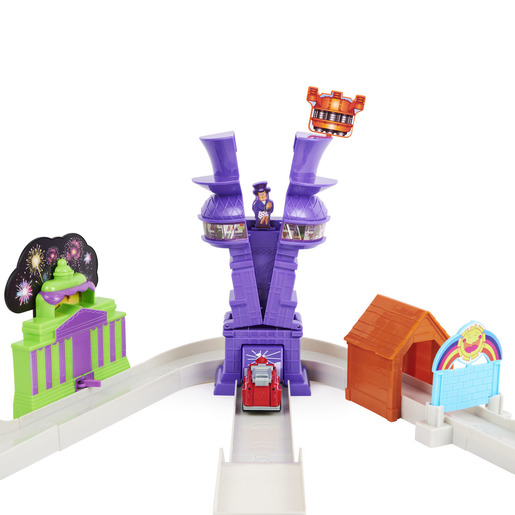 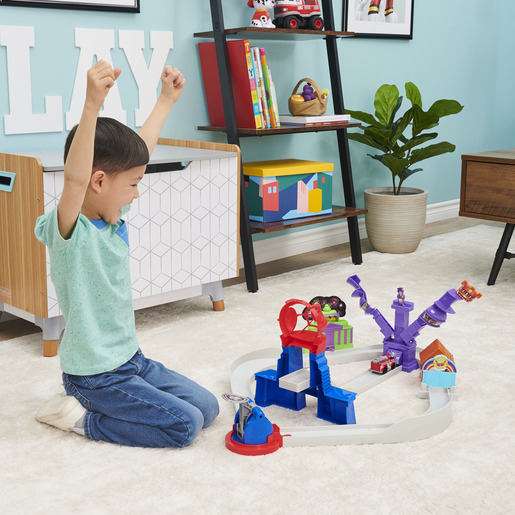 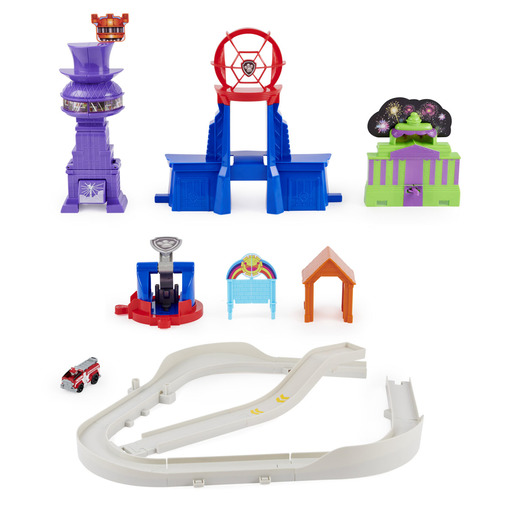 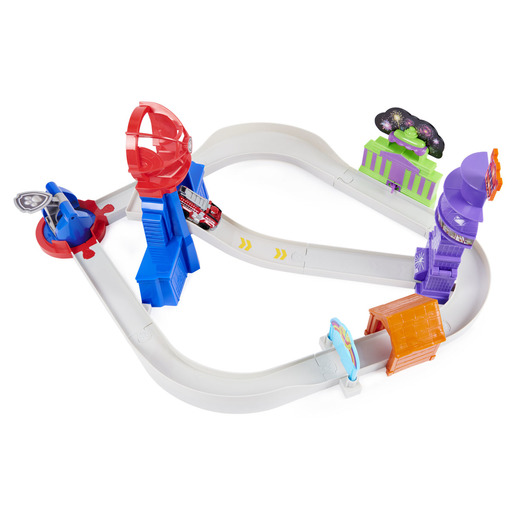 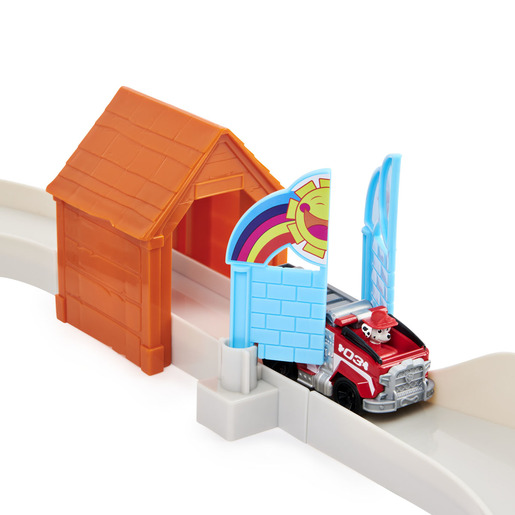 Load your exclusive vehicle into the launcher, then slam to send Marshall into action – Marshall races ahead, bursting through the abandoned obedience school’s wall.

Next, rotate the launcher to make Marshall race around the other side of the race track, putting out the fireworks at City Hall.

Finally, capture Mayor Humdinger. Launch Marshall from the Ultimate City Tower, crashing into Humdinger Heights. It splits open, revealing the mayor in his underwear – it’s so much fun. Reset your PAW Patrol set and play out your movie rescues again and again.

PAW Patrol True Metal toys for boys and girls are the perfect gifts for kids and PAW Patrol fans. Recreate your favourite scenes from PAW Patrol: The Movie with the Total City Rescue Set.