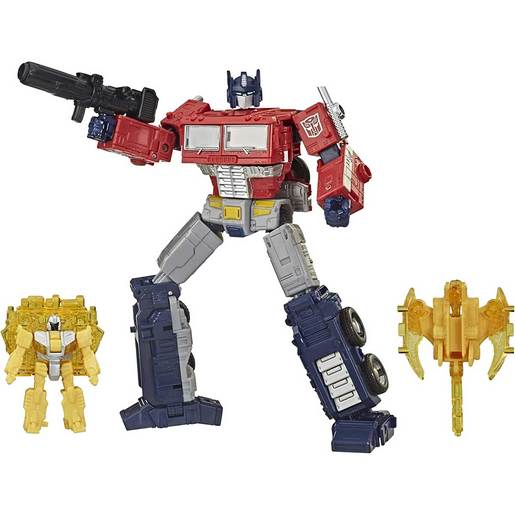 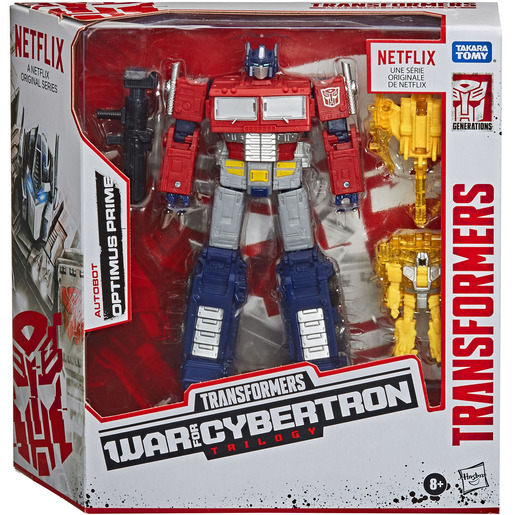 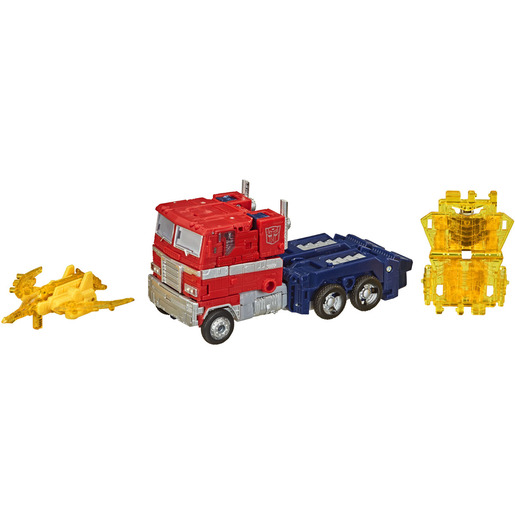 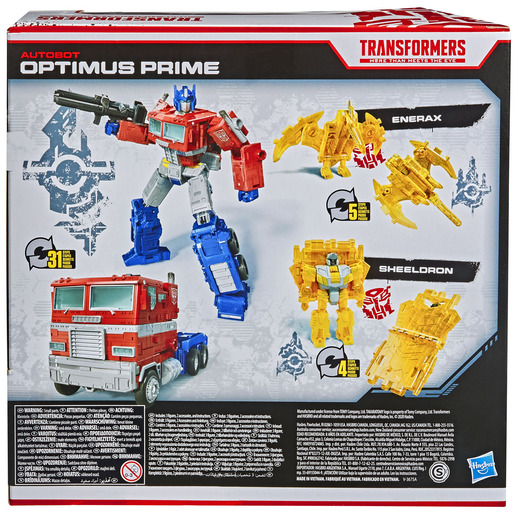 Build the ultimate battlefield inspired by scenes from the Transformers War for Cybertron series.

This pack includes a Voyager Class 7-inch scale Optimus Prime figure inspired by the character as seen in the War for Cybertron series.

With 54 deco ops and battle-worn details this is the most series-accurate version of the character. Optimus Prime leads the Autobots on a perilous journey through space as they race to find the Allspark before the Decepticons. The Optimus Prime toy converts to truck mode in 31 steps and includes series-inspired weapon accessories.